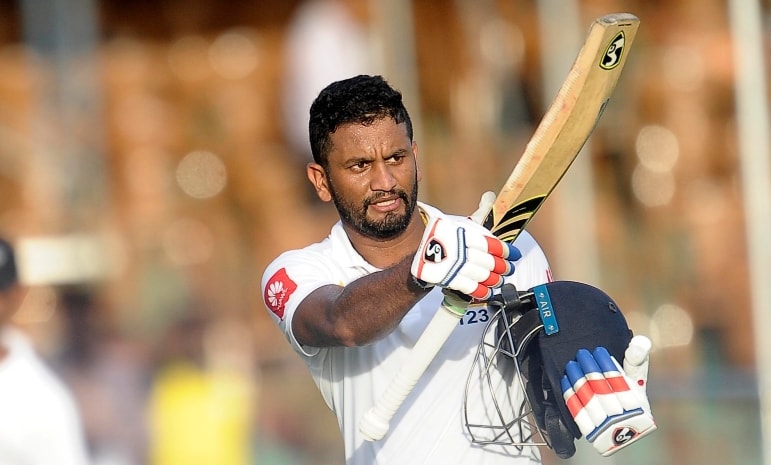 Dimuth Karunaratne has become Sri Lanka's highest-ranked Test batsman in the Test player rankings released on Tuesday, following the conclusion of the second and final Test match between South Africa and Sri Lanka in Colombo.

Karunaratne scored 53 and 85, benefitting from Dinesh Chandimal's absence and below-par performances from Dean Elgar and Aiden Markram, to move up three places to a career-best seventh position.

Karunaratne now leads Chandimal by 21 points in the rankings, while he is ahead of ninth-ranked Elgar and 10th-ranked Markram by 30 and 51 points, respectively.

Karunaratne's opening partner Danushka Gunathilaka, who also scored two half-centuries and was involved in opening partnerships of 116 and 91, has made an impressive gain of 36 places and now occupies 73rd position.

Rangana Herath, who took seven wickets in the match, including 6-98 in the second innings, has consolidated his eighth position by narrowing the gap with seventh-ranked Trent Boult to four points after collecting 26 points.

Meanwhile, Sri Lanka and South Africa have moved in opposite directions in the Test team rankings following the home side's 2-0 series win.

However, South Africa is ranked above Australia and Sri Lanka is ranked below England, when the points are calculated beyond the decimal point.

South Africa's dip means India will retain their No.1 ranking irrespective of how their five-Test series against England pans out, but England can rise to as high as second if they make a clean sweep of the series. The series starts at Edgbaston on 1 August.