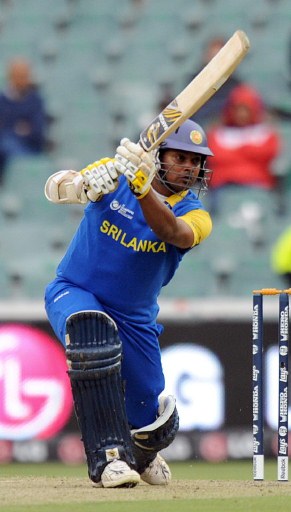 He said he was "very disappointed with the selectors" for the repeated selection of Chamara Kapugedera who, according to Jayasuriya, has "not proved himself".

Jayasuriya was responding to a question on how Sri Lanka will manage when the likes of Kumar Sangakkara, Tillakaratne Dilshan and Mahela Jayawardene retire in an interview with Wisden India, when he said that he disagreed with the current selection policy.

"I don’t agree with certain selection decisions. I feel a person like Thilina Kandamby should be in this ODI squad," Jayasuriya said.

"I am not against any player. But someone like [Chamara] Kapugedera has been given many chances [and] he has not proved himself, yet he keeps getting chances.

"From that point of view, I am very disappointed with the selectors. There are players who have been performing and they are not being given a chance.

"The selectors have to be responsible, they should pick the right players."

Kandamby was last seen wearing Sri Lankan ODI colours in 2011, when he was surprisingly selected as vice-captain from oblivion for Sri Lanka’s tour to England.

The 30-year-old was dropped mid-series after struggling to cope with English conditions and later axed from the squad entirely.

Kandamby, who made his ODI debut in 2004, has played 38 one-dayers for Sri Lanka and has scored five half-centuries at an average of 30.

At this year’s premier limited overs tournament, the left-hander averaged 42.40 in six matches and made three half-centuries for the Sinhalese Sports Club.