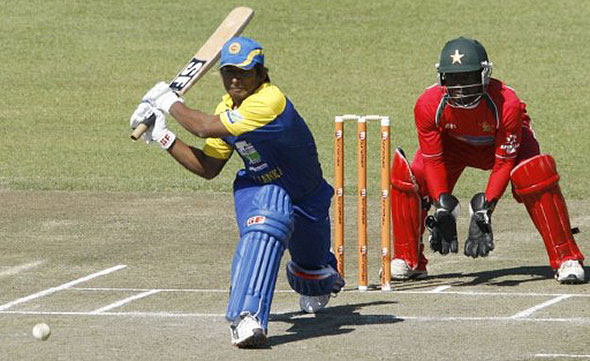 By Rex Clementine reporting from Worcester 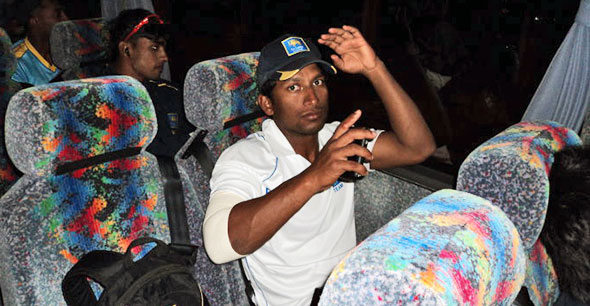 Mendis was expected to make the cut for the World Cup, but narrowly missed out on selection.

Post World Cup, with the national team looking for new faces for the next phase of Sri Lankan cricket, Mendis looks to be staking claims to a permanent slot in the team’s middle order.

The 28-year-old left-hander, batting at number six, gave a glimpse of his potential when he reverse swept left-arm spinner Shaaiq Choudhry for four. Later, when Choudhry returned for his second spell, he cleared the ropes on three successive occasions with the third six bringing up his half-century. On all three occasions, the balls went to the nearby woods and new balls had to be called for. He was unfortunate to miss out on a hundred, remaining unbeaten on 99 at the end of Sri Lanka’s innings. But his knock ascertained his place in the side for the upcoming T20 and the ODIs.

Jayasuriya, who will retire after the first ODI against England at The Oval next week, played with the old charm – cutting and pulling with brutal power. Of the ten fours he hit, there was the old slash over slips and the ferocious cut that crossed the rope, one bounce. He reached his half-century off 39 balls and fell on 78 when his attempt to hit out Choudhry again failed. His 78 came in 60 balls with ten fours and three sixes.

Jayasuriya’s knock, however, was overshadowed by the sensational effort of Mendis, who added 163 runs for the fifth wicket off just 127 balls with Angelo Mathews.

Mathews, playing his first game since missing the World Cup final due to injury, exhibited that he is good enough to bat at the number-five position in the national side. The all-rounder, who just turned 24 and was surprisingly overlooked for the vice-captain’s position, finished with 81 off 90 deliveries with five fours and two sixes.

Mahela Jayawardene opened the innings with Sanath Jayasuriya and looked solid making 18 runs. But he was caught behind trying to cut Worcestershire’s overseas player Saeed Ajmal, off the off-spinner’s second delivery for the county. Ajmal then dismissed the highly talented Dinesh Chandimal in the very next delivery when he trapped the wicketkeeper batsman leg before wicket.