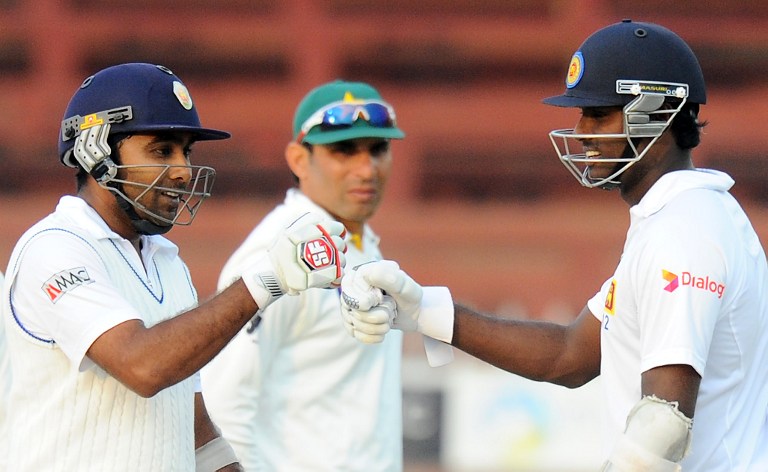 No Sri Lankan has made more Test runs than Mahela Jayawardene. © AFP

Mahela Jayawardene became the first Sri Lankan and only the eighth batsman in the history of the game to have made 11,000 Test runs, when he reached the landmark on day four of the third Test against Pakistan in Sharjah.

The 36-year-old former Sri Lankan captain accomplished the feat in his 141st Test match, in his 237th innings.

Apart from Jayawardene, Kumar Sangakkara, who has 10,652 Test runs, is the only other Sri Lankan to have crossed the 10,000-run mark in cricket’s premier format. Sanath Jayasuriya, with 6973 runs, is in a distant third-place in the list of highest Test run-scorers of all time from Sri Lanka.