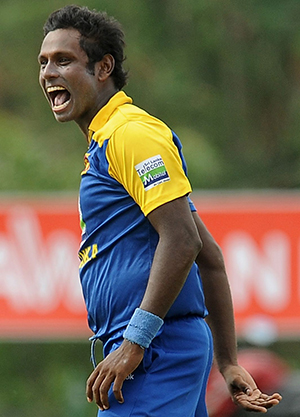 October 05, 2010 (Island Cricket): The seventh annual LG ICC Awards will be hosted tomorrow at Grand Castle, Bengaluru, with South Africa batsman AB de Villiers and his band providing some of the entertainment in what will be a glittering celebration of the great performances of the past 12 months.

Based on the period between 24 August 2009 and 10 August 2010, the LG ICC Awards 2010 – presented in association with FICA – take into account performances by players and officials. Guests and nominees will begin arriving at 1600 (IST) with the ceremony getting underway at 1700.

Up for grabs will be nine individual awards and three team honours with the ICC Spirit of Cricket Award as well as the World Test and ODI Teams of the Year also being announced.

The voting period includes such high-profile events as the ICC Men’s and Women’s World Twenty20 2010 in West Indies, the ICC Champions Trophy 2009 in South Africa and the ICC World Cricket League Division 1 2010 in the Netherlands, as well as several bilateral Test and ODI series.

The player awards are judged by a 25-person voting academy*, which is entirely independent of the ICC. The process is monitored by independent auditors Ernst & Young.

This year’s awards will be attended by a variety of players and former greats of the game. There will be several representatives from Team India as well as the visiting Australia squad along with other nominees including South African duo of Hashim Amla and AB de Villiers, Australia women’s team pair of Shelley Nitschke and Ellyse Perry as well as Sri Lanka’s Mahela Jayawardena and Angelo Matthews and many others.

De Villiers, who is nominated in two categories this year, ICC ODI Player of the Year and the LG People’s Choice Award, will perform to guests on the night with his singing partner Ampie du Preez.

Short-list of nominees (in alphabetical order)

Cricketer of the Year

Women’s Cricketer of the Year

Test Player of the Year

ODI Player of the Year

Associate and Affiliate Player of the Year

Twenty20 International Performance of the Year

Brendon McCullum (NZ) for his striking of 116 not out in 56 balls against Australia in Christchurch, New Zealand on 28 February

Umpire of the Year

*Specifically, the 25-person independent voting academy is made up of: