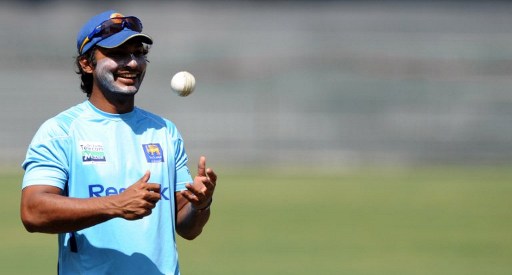 After a fracture to a bone in his right hand during the ODI series against India in July, Kumar Sangakkara said that he was happy that the cast on his hand has now been removed and he is on track for a full recovery ahead of the ICC World Twenty20 next month.

Sangakkara was struck by a short ball from Ashok Dinda, which forced him out of the five-match series against India and the inaugural Sri Lanka Premier League (SLPL).

As a result of the injury, Sangakkara has taken up a commentary role at the SLPL, where he provided viewers with an injury update.

"The swelling is down slightly and it’s great to have the cast off," Sangakkara said.

"I am getting mobility back to my fingers, but there’s still a bit of pain in the joint. With a bit of work this week, hopefully I will be batting soon."

Sangakkara’s hand has been in a cast for almost a month, and the 34-year-old said that he still needs to work with the physiotherapist to strengthen his wrist.

He expects to recover in time for the ICC World Twenty20, which starts on September 18 in Sri Lanka.