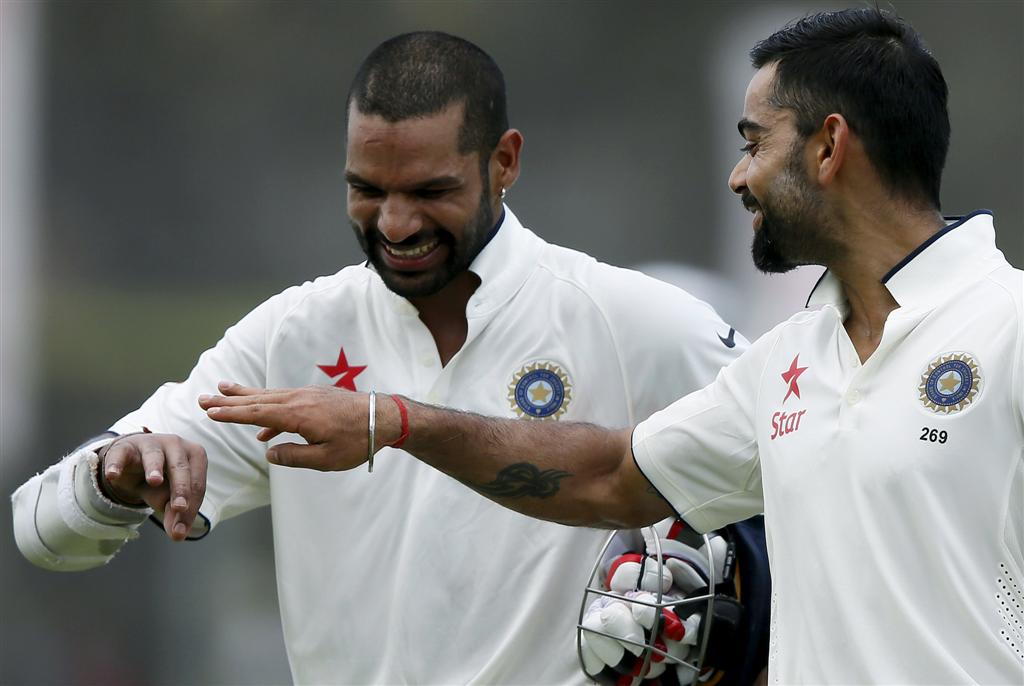 Opening batsman Shikhar Dhawan has been ruled out of India's remaining two Tests in Sri Lanka after fracturing his hand in the opening match at Galle, the country's cricket board (BCCI) said on Monday.

The 29-year-old Dhawan hit 134 and 28 with the bat but did not take the field during Sri Lanka's second innings in the match that the hosts won by 63 runs to take a 1-0 lead.

"Dhawan had injured his right hand during the first Test at Galle," the BCCI said in a statement.

"He underwent further tests that confirmed a hairline fracture in his hand. He would require four to six weeks to recover from the injury."

The board did not name a replacement for Dhawan but added all-rounder Stuart Binny to the squad on Sunday.

India were without their other regular opening batsman Murali Vijay for the Galle Test after he failed to recover sufficiently from a hamstring injury he suffered on India's tour of Zimbabwe.

Young Lokesh Rahul opened the batting alongside Dhawan at Galle and managed just seven and five in his two knocks.

The second Test will be played at the P Sara Oval in Colombo from Thursday and will be the last match for Sri Lanka's batting stalwart Kumar Sangakkara.