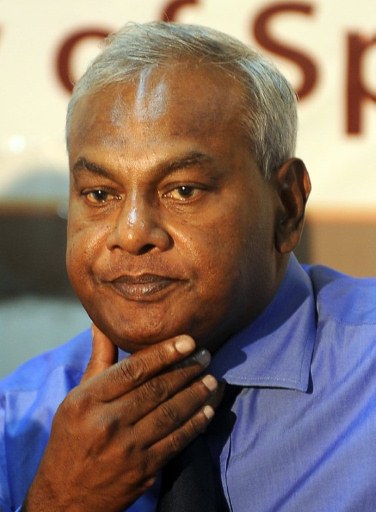 The Indian cricket authorities will not object to Sri Lanka re-launching the once abandoned Sri Lanka Premier League (SLPL).

"It does not mean that we are going to re-launch the SLPL soon," Dharmadasa told BBC Sinhala.

The Indian cricket authorities last year banned Indian players from taking part in the SLPL fearing the involvement of Lalit Modi who is facing corruption charges in India. Modi, as well as SEV, have denied Modi’s involvement in the tournament.

SLC was forced to abandon the SLPL last year as a result of the ban by the Indian cricket board (BCCI).

"India might have raised concerns before but we have talked to BCCI and settled all those issues," Dharmadasa said.

Meanwhile, Dharmadasa said all outstanding payments to the players will be paid before the end of the month, after the sports minister Mahindananda Aluthgamage secured a RS600 million ($5 million) loan from Bank of Ceylon (BOC).

Sri Lankan players were not paid for months as a result of SLC’s financial crisis since co-hosting the World Cup last year together with India and Bangladesh.

Dharmadasa said there will be no interest payment to the state-owned BOC, as the SLC expects a steady income from future tours as well as the outstanding payment of $3 million from the ICC for co-hosting the World Cup.

The SLC president added that all outstanding the salaries of the SLC workers will also be paid as soon as possible.

This article first appeared on BBC Sinhala under the headline ”No objection’ from India for SLPL ‘. It is republished here with permission from the author.