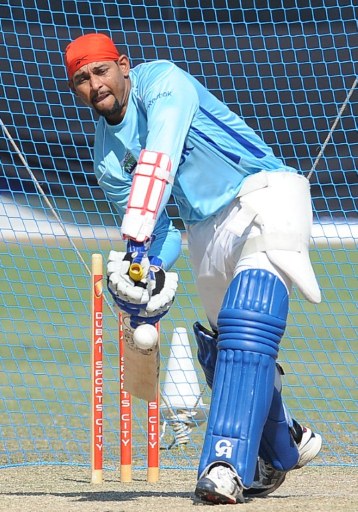 An Indian actress, who was implicated in match-fixing by the UK’s The Sunday Times recently, claims she was involved in a relationship with Tillakaratne Dilshan while he was married.

Nupur Mehta’s blurred image was published on The Sunday Times this month and the paper claimed bookies used the Bollywood actress to "lure" cricketers.

Another report claimed the ICC is investigating the matter and was aware that Mehta was "suspected of attempting to subvert players" during the ICC World Twenty20 in 2009.

"Attractive girls are the ideal choice to cosy up to players and persuade them to work for bookmakers," according to Indian bookie Vicky Seth who was filmed by undercover reporters in secret.

"Players are always vulnerable to approaches by pretty girls and when they are offered the opportunity to make fortunes for making minor adjustments in their play, it is an irresistible package."

Mehta initially denied any contact with the players but soon changed her story and admitted to meeting cricketers at a Casino in London.

"I went to the casino on my own and these cricketers happened to be there. They were all in London because of the T20 World Cup," she told The Sunday Times.

"I didn’t think that meeting them was any kind of harm. I’m a young girl who loves cricket."

Mehta has since changed her story. She claims now she was in a relationship with former Sri Lankan captain Dilshan.

"I was seeing Dilshan and went to the casino with him but that does not suggest I am involved with match-fixing in cricket," Mehta told Daily Mail today.

"That is my personal life and my relationship cannot be made the basis of such a big allegation. I am a single, attractive girl and have the liberty to move around in any part of the world and interact with whoever I want to."

Mehta’s revelation suggests she was dating Dilshan while he was married to his second wife Manjula Thilini. Dilshan has been married to the Sri Lankan actress since 2008.

Mehta refused to name other cricketers she met at the London casino but said she had no problems naming Dilshan because she was "seeing him at the time".

"Why should I drag the names of other cricketers in the whole issue? I had just met them socially," Mehta said.

The actress told Daily Mail that she was planning to sue The Sunday Times for defamation over the accusation that she was involved in match-fixing. She is evidently unafraid of being sued herself over the claim that she was in a relationship with Dilshan while he was married.

The then Sri Lankan team manager Brendon Kuruppu, The Sunday Times further adds, had followed ICC guidelines and informed the ICC of the contact between the players and the bookie.

"I didn’t name any particular player in my report to the ICC. But some incidents were brought to my notice by the team players and I immediately informed it to the ICC," Kuruppu told an Indian journalist in 2010.