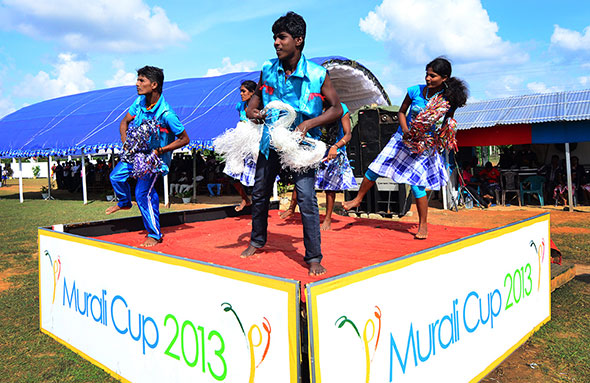 The Murali Harmony Cup has not only helped bring a degree of normalcy to residents of war-affected regions in the north and east of Sri Lanka, but it has also allowed Tamil youth there a chance to become professional cricketers.

Throughout last week, at five towns in the north of Sri Lanka, a cricket tournament was much celebrated by the local populace. By living on the frontlines during Sri Lanka’s 30-year-long conflict, the Sri Lankan citizens in these parts have been deeply scarred by the horrors of war, and the Murali Harmony Cup has helped restore some normalcy here. Large crowds turned up to witness T20 matches between under-19 schoolboys, including players from schools in the region, and under-23 women’s cricketers.

Mahela Jayawardene said the first edition of the tournament held in 2012 "unearthed three exceptional cricketers from the north," and the three players were already "playing with leading first-class clubs." The tournament is providing an avenue for youth in former rebel-held areas to become professional cricketers, while at the same time treating spectators to enthralling cricket, as well entertainment off the field, including the presence of cricket legends. The opening ceremony was graced by the presence of Mahela Jayawardene and Sir Ian Botham, two of the sport’s biggest names.

And it wasn’t long before the immensely popular Kumar Sangakkara arrived. It has been reported that even through the war, many in these towns followed cricket keenly, and important cricket matches possessed the ability to bring about a lull in the fighting. Sangakkara was immediately recognised and his presence brought about a sense of excitement.

Muttiah Muralitharan, the world’s greatest bowler, entertained children and obliged autograph hunters in Kilinochchi on the day of the final. Muralitharan’s charity the Foundation of Goodness is responsible for the tournament. The charity has touched the lives of many throughout the island. The foundation is actively assisting communities in the north and east put the war behind them, which is what makes the Murali Harmony Cup crucial in post-war Sri Lanka. This year was the tournament’s second edition, and it was played at venues in Jaffna, Oddusuddan, Mankulam, Kilinochchi and Vavuniya from November 1 to 5.