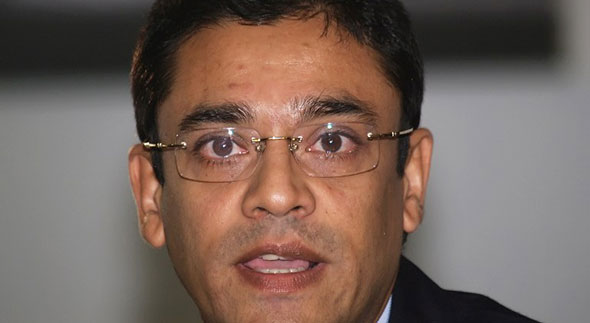 The ICC’s chief match referee Ranjan Madugalle has said the Decision Review System (DRS) is "good for the game" and the system must be used regularly to be given a chance to improve.

Madugalle, a former Sri Lankan captain, played 21 Test matches and 63 ODIs from 1979 to 1988. He is the first match referee to officiate in more than 200 ODI games before becoming the first referee to be appointed chief match referee.

"Personally, I like [DRS]. I think it’s been good for the game," Madugalle told Sri Lanka’s Daily Mirror newspaper in a recent interview.

"I know there are certain operational issues that we need to tackle, [but that] happens in anything. When you introduce something afresh and new, there are teething problems. As you use it, and use it regularly, you tend to overcome that.

"One must never forget the fact that technology advances every day. So with advancement in technology, you have greater accuracy and consistency. As such, we must give it a chance to get the best results.

"By standing still you actually fall behind in today’s world."

India’s influential cricket board is responsible for a large share of cricket’s global revenues, and their dislike for the review system has effectively curbed the universal use of it.

Critics of the DRS point to contentious decisions made with the use of the system as a means to prevent its use.

However, several current players, including Sri Lankan captain Mahela Jayawardene, have shown their support for DRS.

"I have always been a fan of the DRS," Jayawardene told reporters during a Test series against Pakistan in June.

"It might not be 100-percent technology, but if we can use it to get the maximum number of correct decisions it will help the umpires as well."

Despite a recommendation by the ICC cricket committee to make DRS mandatory universally, and despite recent improvements to the technology, the ICC’s executive board seemingly bowed down to India’s demands by not putting the issue to vote during the executive board meeting in Malaysia in June.

It is understood that India was the only member nation to object to DRS at that meeting.

According to the ICC, DRS has helped improve decisions by around five-percent and has helped minimise the impact of blatant errors on the outcome of a game.