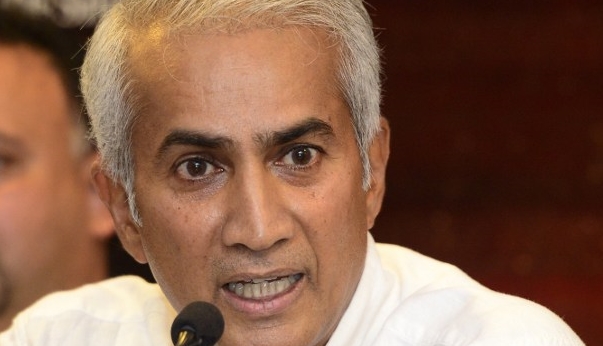 Former Sri Lanka cricketer Sidath Wettimuny has been a part of seven interim-committees over the past 15 years. © AFP PHOTO

Sidath Wettimuny, the former head of the interim committee governing Sri Lanka Cricket (SLC), has said that the SLC constitution, which allows in excess of 140 entities to vote, has "lent itself to huge politicisation" leading to "unruly governance".

The Wettimuny-led interim committee was appointed in March 2015 and served until the current administration was elected earlier this year.

"India, with 1.2 billion people, has only 46 votes and they are trying to bring that voter base down to about 30 [but] Sri Lanka, with 21 million, has 147 votes — there lies the biggest problem we have in our cricket," Wettimuny told Island Cricket in a recent interview.

"It has lent itself to huge politicisation and it has become unruly governance."

The former Sri Lanka opening batsman hopes the Sri Lankan government will intervene to bring in the needed changes which, he said, was also backed by the International Cricket Council (ICC).

"When I was at the ICC meeting they told me we should take the South African model and the Irish model and follow what they have done," Wettimuny added.

"We did a concept paper which brought our voter base below 60, which is a lot more manageable, and brought in a lot more transparency.

"There is massive transparency and no one person can misuse funds."

The proposed governance structure was also presented to Sri Lanka's prime minister who, according Wettimuny, was "very, very keen" on seeing it put in place.

"It was fantastic to have the ICC support us fully, they also realise our setup is a joke. I have served in seven interim committees in 15 years, showing there is definitely something wrong in the system."

Click here to listen to the interview with Sidath Wettimuny