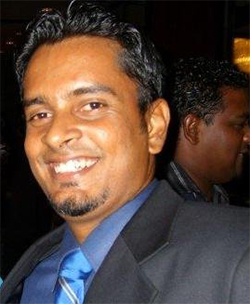 Daniel, 29, is expected to join Furness shortly, but is currently awaiting his British visa.

As a Sri Lanka U19 player and a seasoned first class cricketer who has represented Basnahira North, Basnahira South, Uva, Bloomfield CAC, Ragama CC, Sinhalese Sports Club, Sri Lanka A and Tamil Union CAC, Daniel will bring in a wealth of experience to the team from Cumbria. He also possesses an ECB Level 2 Coaching Certificate which Furness hopes will also assist their side.

In 2007, Daniel was chosen to captain a Sri Lanka Development XI to Bangladesh. The squad was made up of future Sri Lankan hopefuls namely Angelo Mathews, Suraj Randiv and Tharanga Paranavitana. But the talented right-hander, Daniel, was surprisingly omitted from representing Sri Lanka at the highest level.

Daniel has played 136 first class matches, racking up 14 centuries and 31 half centuries in a first class career spanning more than a decade.