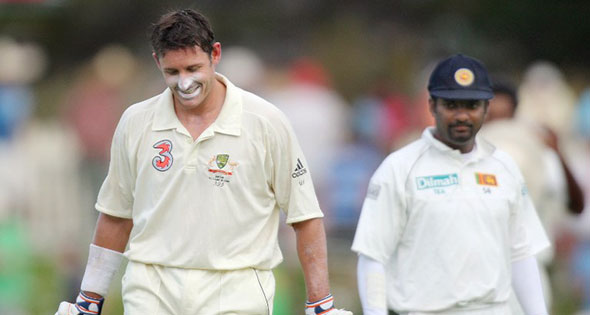 Their Chennai Super Kings teammates referred to them as Mr. and Mrs. Cricket. © AFP

Michael Hussey, in his autobiography Underneath the Southern Cross, has revealed his admiration for Muttiah Muralitharan and his close friendship with the champion spin bowler from Sri Lanka.

Hussey and Muralitharan played for Chennai Super Kings (CSK) in the Indian Premier League and, according to Hussey, the pair "hit it off from the start".

"We hit it off from the start. It’s a bit embarrassing, but they began to call us Mr. and Mrs. Cricket.

"The team would seat us next to each other on every plane trip, so we could talk about cricket while they slept or read or thought about anything but cricket. We chewed each other’s ears off. It was a marriage made in heaven."