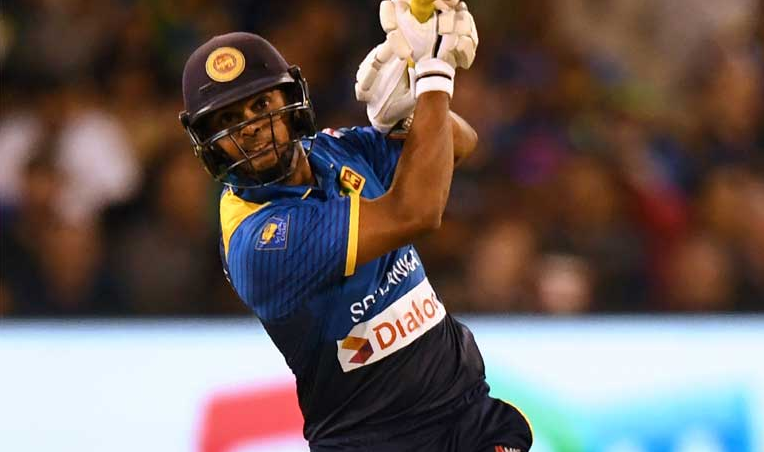 Sri Lanka were unconvincing and below par at the death in both their batting and bowling innings but managed to chase a tough total of 169 off the last ball for a thrilling victory in the first of three T20s at the Melbourne Cricket Ground on Friday.

Playing a near full-strength side against a depleted Australia, the visitors sent a raucous crowd of expat Sri Lankans wild with a nervy victory.

Sri Lanka were missing regular skipper Angelo Mathews due to an injury he sustained in South Africa but were otherwise fielding a first-choice XI.

Australia, on the other hand, were hamstrung by the absence of their best players due to an upcoming tour of India, and were missing Glenn Maxwell, Steve Smith, Mitchell Starc and David Warner, although they did have Aaron Finch, Pat Cummins and limited-overs specialist James Faulkner.

Chasing a stiff target, Sri Lanka lost their captain Upul Tharanga for a second-ball duck, but made an otherwise bright start to their daunting chase.

The in-form Niroshan Dickwella (30) added a sparkling 74 for the second wicket with Dilshan Munaweera. Boundaries were flowing, particularly off debutant Billy Stanlake, who leaked 23 runs off his first two overs.

Despite the chaos and frenetic pace of Sri Lanka's clean hitting, express paceman Cummins proved difficult to get away. He snared Tharanga in the opening over, with the Sri Lankan skipper beaten for pace as he edged behind to Tim Paine.

However, as was the case in the Australian innings, spin eventually brought the breakthrough. Adam Zampa foxed Dickwella with a googly and had him caught off a top edge by the debutant Klinger. And 79/2 seemed to become 92/3 in a blink of an eye, after Munaweera hit a leg-side long-hop straight to Australian captain Finch.

It was a brilliant knock by Munaweera, with the stocky batsman smashing 44 from just 29 balls, including six fours and a six.

Sri Lanka's run-rate in the rebuilding period then slowed significantly, with the required rate climbing to nine an over in the 13th over, which was the last one for the brilliant Adam Zampa, who claimed 2-26.

It seemed as though something was going to give, with the game on a knife's edge and perfectly balanced for both sides. The return of Perth Scorchers' superstar Andrew Tye sent the 40,000-strong mostly Sri Lankan crowd into raptures, as he was taken for 13 off the next over.

Sri Lanka's aggression brought the run-rate back down to manageable proportions and forced Finch to turn back to Cummins earlier than he would have liked. And with Cummins seen off for the night, it was Asela Gunaratne who stepped up to the plate, playing a terrific cameo of 52.

When Gunaratne was stumped off Turner Sri Lanka collapsed, losing Milinda Siriwardana for 15, and the scoring rate slowed once more. Only a boundary from Seekkuge Prasanna kept the chase to a run-a-ball in the final two overs.

An excellent over from Tye ensured the match lasted until the last ball, with frantic byes run and nails bitten, but with Chamara Kapugedera's final boundary, Sri Lanka had scraped over the line in nervy fashion.

Earlier in the evening, despite some exceptionally poor fielding, regular wickets kept Sri Lanka in the hunt after electing to bowl. The Australians were initially cautious but had built some lovely momentum by the end of the powerplay overs.

Finch was particularly harsh on the spin of Prasanna, while fellow opener and debutant Michael Klinger opted to go after the quicks.

Lakshan Sandakan, who had earlier claimed seven wickets against Australia on his Test debut, claimed the first wicket against the same opponents. He had Klinger (38) caught by Lasith Malinga to leave the score at 76/1.

On his return to the national side, Malinga, who is known as one of Sri Lanka's poorer fielders, hung on to a tough change from a skied edge off Gunaratne's bowling. A fired up and feisty Finch was on his way for 43, and it was 86/2 with Sri Lanka back in the game.

Travis Head was put down by Tharanga on four, but he and Moises Henriques (17) failed to make the tourists pay in their 29-run stand, as the run-rate slowed.

The acceleration came from Ashton Turner (18 from 13) and James Faulkner (14 from 7), as Australia reached an above-par 168 thanks to some poor fielding and nervous bowling at the death.