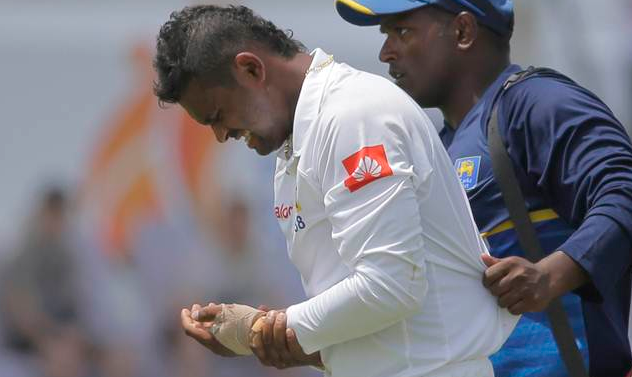 The Sri Lankan all-rounder will play no further part in India's tour of Sri Lanka. © AP

Asela Gunaratne, who suffered a thumb fracture on day one of the first Test between Sri Lanka and India in Galle, has been ruled out of the entire tour, the island's cricket board said today.

Gunaratne had "sustained an intra articular comminuted fracture to his left thumb," SLC said in a statement and announced the all-rounder had undergone "reconstructive surgery in Colombo last evening."

"Medical experts have indicated Gunaratne will be out of action for a minimum of 6-8 weeks, and will be returned to full mobility under a strictly managed rehabilitation regime over the period."

Gunaratne sustained the injury when he dropped Shikhar Dhawan at second slip off the bowling of Lahiru Kumara in the 14th over.

Dhawan was on 31 runs when Gunaratne dropped the catch and he eventually went on to score his fifth Test ton.