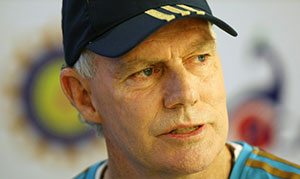 Just days after an Indian news report claimed Greg Chappell was in line to become Sri Lanka’s next head coach, ESPNCricinfo reports that Chappell has turned down the offer.

The 65-year-old Chappell has turned down the offer from SLC "citing family reasons," the report published earlier today stated.

Sri Lanka’s current coach South African Graham Ford stated last month that he would not be seeking an extension to his contract when it ends next January. Ford has been named head coach of Surrey and will take up his new assignment in February.

Ford was appointed coach at the start of this year after Australian Geoff Marsh was sacked just three months into his contract.

According to SLC, 11 applications have been received for the position, of which eight applicants are from overseas.