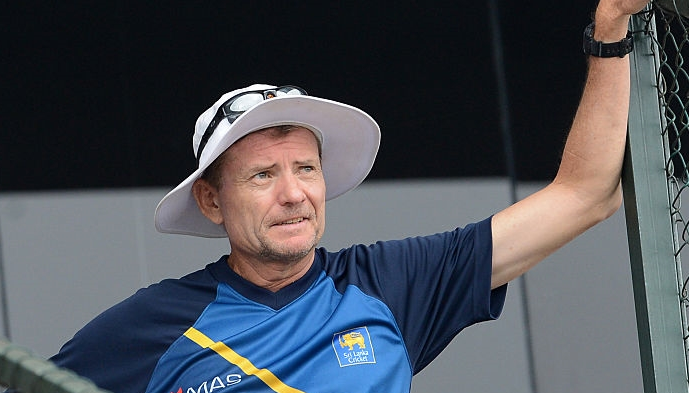 Sri Lanka coach Graham Ford could be nearing the end of his stint, Sidath Wettimuny has intimated after observing the coach being overshadowed by the newly-appointed cricket manager Asanka Gurusinha during the recent series against Bangladesh.

Wettimuny has no involvement with the cricket board but was the chairman of the interim-committee of Sri Lanka Cricket from April 2015 to January 2016, when the current Thilanga Sumathipala administration was elected.

"I see some worrying signs now," Wettimuny told Sri Lanka's Sunday Times. "I have the greatest respect for Asanka Gurusinha as a batsman [but] I was at the Dambulla match and I see him in the middle of the ground talking to Sanath Jayasuriya and two players. I did not see the coach anywhere! I see a problem there.

"You see, you got a coach and you got a cricket manager, I do not know whether the functions of these two are defined clearly. The way I see it — I am just guessing — Graham Ford won't last long. He is going to be an unhappy man, if he is going to see somebody else taking cricketing decisions."

Since the controversial sacking of Geoff Marsh in 2012, the board has struggled to interest many of the top foreign coaches and turned to their former assistant coach Paul Farbrace and later Marvan Atapattu and finally Ford, who had previously served as coach of the Sri Lankan side from 2012 to 2014, to take the job.

Marsh subsequently sued and received a financial settlement from SLC in 2013.

Ford, whose contract runs beyond the 2019 World Cup, is an accomplished coach and has earned praise from Kumar Sangakkara, but one year into his second stint, and with Sri Lanka losing to Bangladesh in Test cricket last month, the pressure is on him to arrest the slide.

Gurusinha was hired in March for the new role of cricket manager and has stated that team and squad selections are a part of his mandate, which hints at the possibility of a versatile role with wide-ranging powers.