September 7, 2011 (AFP): Australia and Sri Lanka clash in the second cricket Test in Pallekele from Thursday, relieved they will not be playing on a dustbowl like the one in Galle.

The controversial dry wicket in the first Test last week was described as "poor" by match referee Chris Broad and the International Cricket Council sought an explanation from Sri Lankan authorities.

Australia won the match by 125 runs as 40 wickets fell in four days – 16 on the second day itself – with 273 being the highest total in the Test.

Sri Lankan captain Tillakaratne Dilshan and his Australian counterpart Michael Clarke, who had both criticised the Galle wicket, said the one at the Pallekele International Stadium looked a much better surface.

"It’s a good Test wicket," said Dilshan. "Batting will be a lot easier and it could turn on the fourth and fifth days."

Clarke, hoping to put his first Test series as Australia’s captain beyond Sri Lanka’s reach, also seemed happy with the pitch on offer.

"It’s a lot drier than it was yesterday, but I am sure it will play much better than the one at Galle," said Clarke.

"The wicket is compact, it is hard. It is very important to put up big scores whether you bat first or second. I also think spin will play a big part as the game progresses." 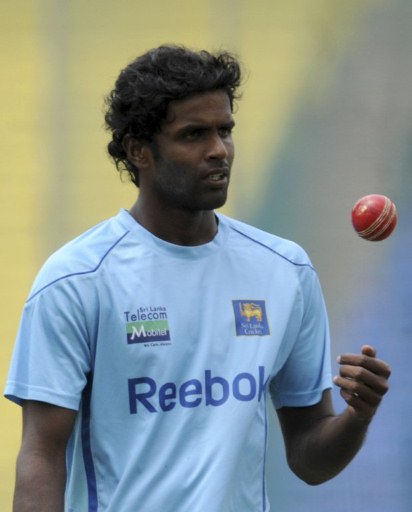 The tourists had announced their playing XI in advance on Tuesday, with Shaun Marsh due to make his debut in place of Ricky Ponting, who returned home after Galle to await the birth of his second child.

The left-hander, son of former Australian opener Geoff Marsh, is not a novice to the big stage, having played in 35 one-day internationals and five Twenty20 games.

Sri Lanka, meanwhile, added promising seamer Shaminda Eranga and unorthodox spinner Ajantha Mendis to the 11 that played in Galle in a short-list of 13 announced by Dilshan.

Eranga, 25, who took part in the preceding one-day series, will be awarded a Test cap if left-arm seamer Chanaka Welegedara failed to recover from a knee injury suffered during training on Wednesday.

Mendis looked set to replace off-spinner Suraj Randiv, who claimed 2-76 in the first innings at Galle, but returned wicketless in the second despite the helpful track.

Clarke said he was surprised Mendis did not play in Galle.

"He is a very good bowler with a lot of variations," the Australian captain said. "I will be very happy if he is again left out for this match."

Dilshan said the hosts had overcome the defeat in the first Test and were ready for the challenge ahead.

"This is a new game, a new wicket," the Sri Lankan captain said. "The confidence in the team is high. I am sure we will put up a much better performance here."

Clarke expected Sri Lanka to bounce back strongly in the series.

"I am pretty certain they will be tougher than they were in the first Test," he said. "There are a lot of good players in their team and we will have to be at our best if we want to win again."

The third and final Test of the series, Australia’s first in Sri Lanka since 2004, will be played at the Sinhalese sports club in Colombo from September 16.