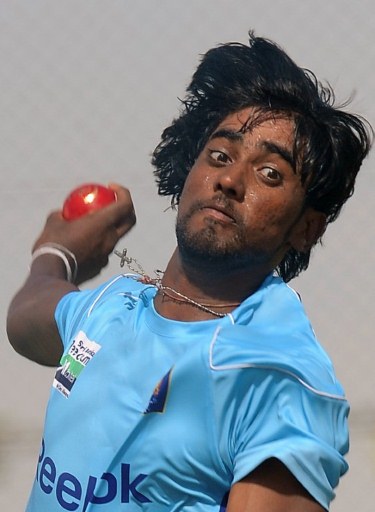 BENONI – A two-month Sri Lankan tour of South Africa started badly on Saturday as the tourists struggled against an invitation side while opening bowler Nuwan Pradeep injured a hamstring.

Sri Lanka arrived under a cloud as the cash-strapped national cricket body has not paid salaries since last April and rain prevented any play Friday in a three-day tour warm-up.

Pradeep pulled up just four overs into the opening day which ended with the home team on 323-6 off 88 overs and will take no further part in the game with his chances of being available for the first Test from December 15 hinging on a scan.

South African Invitation XI skipper Dean Elgar won the toss, elected to bat and his team made merry against a tourists’ attack that battled under grey clouds at Willowmoore Park in this eastern Johannesburg suburb.

Openers Elgar (78) and Reeza Hendricks (66) piled up 148 first-wicket runs before being separated and Stiaan van Zyl (53), Rilee Rossouw (52) and Farhaan Behardien (43 not out) provided good support.

Rangana Herath and Dilhara Fernando captured two expensive wickets each while Ajantha Mendis found the going even tougher with his 29 overs costing 136 runs amid the brief joy of dismissing Elgar.

Sri Lanka play Tests in Centurion, Durban and Cape Town and one-day internationals in Paarl, East London, Bloemfontein, Kimberley and Johannesburg during a tour that stretches to late January.