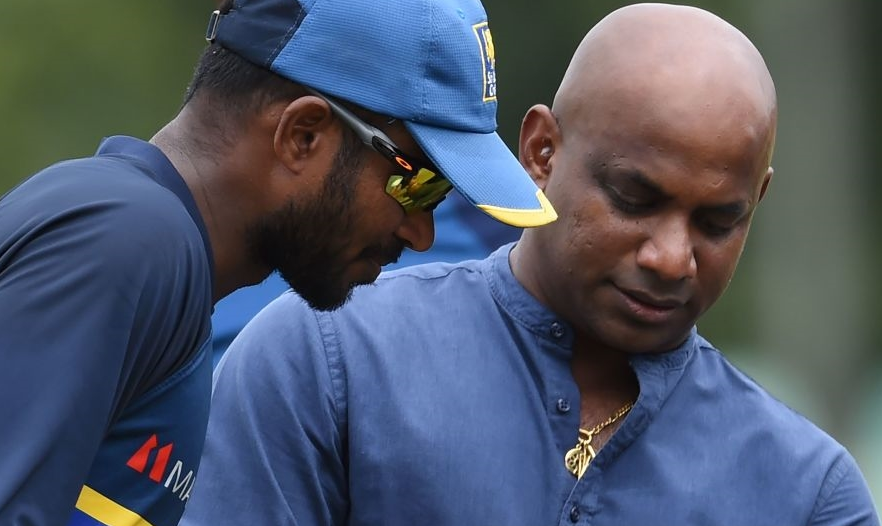 A number of former Sri Lankan cricketers have weighed in on the lack of consistent opportunities provided to players and the numerous changes to the side under the selection panel headed by Sanath Jayasuriya.

"If you look at the best teams in the world, there aren't many changes," Gurusinha, who was hired in February by Sri Lanka Cricket for the newly-created role of cricket manager, said.

"My philosophy is to try and support people and have a stable squad. That's what I'm focusing on," he added.

Sangakkara too opined on selections during a panel discussion last month.

"One of the main things that the current Sri Lankan team really needs is security and confidence … also to have some sort of continuity," Sangakkara said. "You can't really have 44 players playing in a year's time in the one-day team, where only 11 play at a time."

Ranatunga invited a contingent of visiting Bangladeshi journalists to a press briefing after Sri Lanka's Test calamity against Bangladesh and spoke of how selectors in his era helped develop Sri Lanka into a World Cup-winning outfit.

"The biggest example is Sanath Jayasuriya," Ranatunga reminded journalists. "To convert him into an explosive opener, we were patient and gave him enough time."

With the constant inclusion of newcomers and uncapped players to the side, experienced hands have found themselves dropped, which has impacted Sri Lanka's chances of winning, according to Muralitharan.

"I see that many talented players are coming and going and that will naturally affect their confidence," Muralitharan said in an interview. "For decades we have struck to a fine blend of youth and experience. That's the way forward. That doesn't seem to be happening these days unfortunately."

Jayasuriya, who is in his second stint as chief selector after he resigned from the post in 2015, faced similar criticism in his first term, with Mahela Jayawardene even commenting that Sri Lanka's poor 2015 World Cup showing in Australia and New Zealand was partly due to the inability to groom a stable opening batting pair well before the tournament.

"We should have found someone to partner with [Tillakaratne] Dilshan earlier on so that there was more consistency in the opening pairing, but this is a lesson we will hopefully learn from," Jayawardene said at the time.

However, two years since that ODI World Cup and a month remaining for the Champions Trophy, Sri Lanka have continued to tinker with their opening batting combination in the limited-over formats.

After discarding Upul Tharanga, Jayasuriya has been forced to go back to the left-hander to open batting. Despite Tharanga's impressive ODI record, Jayasuriya had publicly written off Tharanga claiming he had a technical deficiency. Since his return to the top, Tharanga has added much-needed stability to a fragile batting line-up and stroked some memorable knocks.

Last year, teenager Avishka Fernando was hurriedly drafted into the national squad and was given a solitary ODI against Australia and has not featured since. Fernando, 18 at the time, opened the batting against the likes of Mitchell Starc and lasted two balls to make a duck on debut and was then discarded.

"Avishka is still playing for Sri Lanka Under-19, and yes we looked at him but it's not the end of the world, and he will be back," assured Russel Arnold in a recent conversation with Island Cricket. "Don't forget him — that's the key, and he can use that association to be better for the experience."

"Criticising selection is very easy in hindsight, it's very difficult to select players when you don't have many players performing up to scratch," Arnold added. "Its easier to blood players and give them the extended run when you have a senior group holding the team together.

"Ideally, you like to give players the continuity but sometimes you do have to make decisions on team combination … I'm not sure how many consistent and established players Sri Lanka have, so it's kind of understandable why the selectors are struggling to find the right balance and combination."

Arnold believes the onus is on the players to "put their hands up and nail down places."

"Are they making enough runs consistently, or making big runs to force themselves back, or are they waiting for someone to create an argument to bring them back in," he asked.

When the question was put to chief selector Jayasuriya during an interview last year on why his panel tinkered with the side after every match for the five-match ODI series against Australia, he admitted the selectors needed to show more patience and put it down to "panic" setting in amongst inexperienced selectors.

Jayasuriya was first appointed head of the selection panel in 2013, when he was also a deputy minister, by an interim-committee appointed by the then government. He resigned from his post after Mahinda Rajapaksa's election loss in 2015, only to return at the invitation of the current cricket board president and deputy speaker Thilanga Sumathipala who fell out with the selection panel headed by Kapila Wijegunawardene.