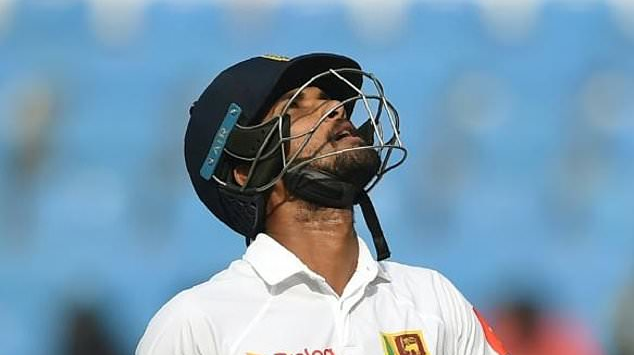 Sri Lanka came to India dreaming of a first-ever Test win on Indian soil but ended up suffering their biggest Test defeat in the second Test and now also face a series defeat. © AFP

Virat Kohli's India have Sri Lanka in the firing line again as they seek a record equalling ninth straight series win when the third Test starts on Saturday.

Already leading 1-0 in the three-match challenge, victory in the New Delhi Test would cap a dominant year and equal Australia's record of nine successive series victories from 2005 to 2008.

As they build up the strength of their pace attack, India could break the record in South Africa where they arrive in January.

[ Also read: Sri Lanka to be without Herath for third Test against India ]

It was a 2015 tour of Sri Lanka that started India's victory march that moved to eight series when they whitewashed the Sri Lankans on home territory in August.

India crushed Sri Lanka by an innings and 239 runs in the second Test in Nagpur on Monday.

They have laid out fast-paced pitches to prepare for their next tour.

Kohli said his team need to be ready for a tougher challenge in South Africa. "That's why we asked for pitches with help for the fast bowlers.

"There's not enough time in between to prepare so we have to use the time we have now for a big tour coming up."

India's pace power has grown with the successful return of Ishant Sharma, who took five wickets in the second Test that was otherwise dominated by India's spinners.

The 1.95 metre (6ft 5in) Sharma replaced Bhuvneshwar Kumar who in turn destroyed the Sri Lankan batting in the opening Test on a green Eden Gardens pitch in Kolkata.

Umesh Sharma seems the only weak link in the pace attack and Mohammed Shami, who sat out the second Test match, is expected to make his way back into the team.

"I think they (fast bowlers) have evolved immensely," said Rohit Sharma, who will lead India in the three one-day matches against Sri Lanka when Kohli is rested.

"They have come of age," added the senior batsman.

Sri Lanka came to India dreaming of a first ever Test win on Indian territory. Instead the tour has turned into a major reality check — Nagpur was Sri Lanka's biggest Test defeat.

Their batting has floundered against the Indian spinners led by Ravichandran Ashwin who bagged eight wickets in the last Test.

On what should have been a good wicket for runs, senior batsman Angelo Mathews fell to the guile of left-arm spinner Ravindra Jadeja in each innings.

Coach Nic Pothas has warned that the bad results will lead to "repercussions" for the team, and the visitors are struggling to keep up their spirits.

"We need to score more runs in the first innings and that's what we need to do in Delhi," skipper Dinesh Chandimal said.

"Angelo is the one who is the most senior guys in the line-up. And if he is not scoring, our team goes down.

"As senior players you need to stand up and perform so the youngsters can follow. I'm sure he will stand up and make it count again," he said.

Changes are expected for the Delhi Test, especially after veteran spinner Rangana Herath was ruled out with a back injury. Leg-spinner Jeffrey Vandersay or left-arm wrist spinner Lakshan Sandakan will take Herath's place.