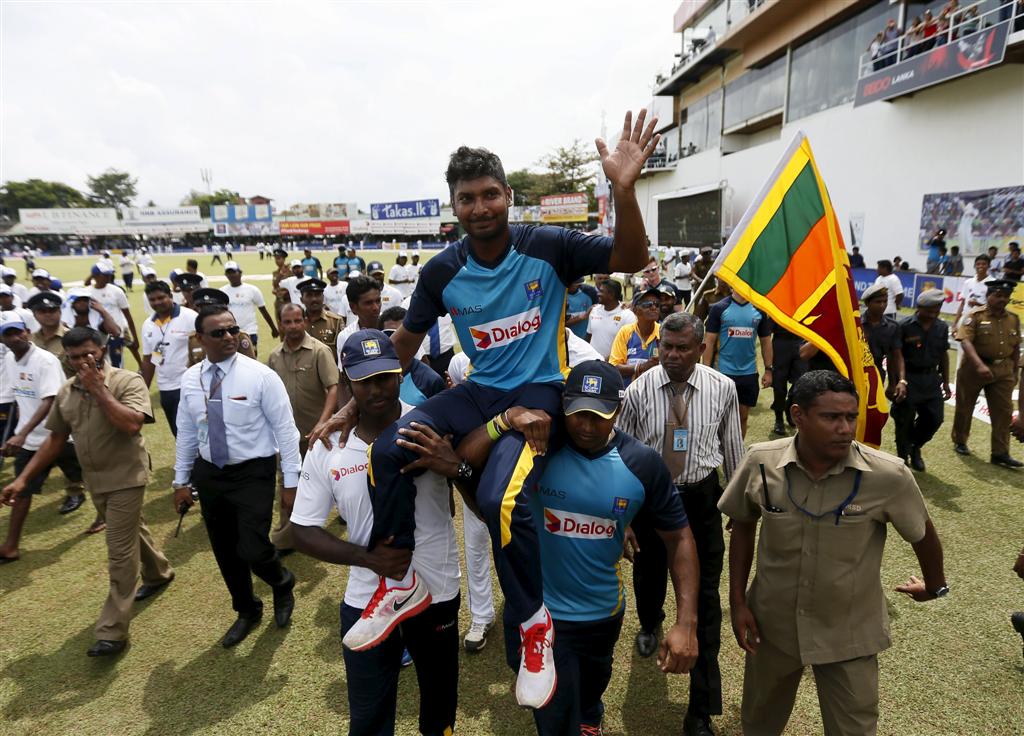 The youngest of four children, Kumar Sangakkara grew up in Kandy and received his primary and secondary education at Trinity College.

He wanted to follow in his lawyer father's footsteps and got enrolled at the University of Colombo to complete a degree in law but the rigours of cricket meant he had no time to complete his degree.

The elegant left-handed batsman played 134 Tests, amassing 12,400 runs at an average of 57.40, which makes him Sri Lanka's most prolific batsman and fifth on the list of highest scorers of all time in Test cricket.

Sangakkara has registered 38 Test hundreds and finished one short of Australian great Donald Bradman's record 12 double centuries. He also has 52 half-centuries in this format.

In 2006, Sangakkara hit 287 and added a staggering 624 runs for the third wicket with good mate Mahela Jayawardene against South Africa in Colombo for the highest partnership in Test history.

He also kept wickets for most part of his career and has taken 182 catches and effected 20 stumpings in the five-day format.

Sangakkara also captained Sri Lanka for two years from 2009 and stepped down after taking his team to the final of the 50-over World Cup held in the Indian subcontinent.

He has scored 25 hundreds and 93 half centuries in ODIs at an average of almost 42.

Sangakkara retired from the 50-over format after the 2015 World Cup in Australia and New Zealand.

He was part of the 2014 Twenty20 World Cup-winning squad and retired from the shorted format of the game after the victory against India in Dhaka.

Sangakkara made 1,382 runs from 56 Twenty20 Internationals at an average of 31.40.He was a member of the Sri Lanka touring team in Pakistan that was attacked by gunmen in 2009.