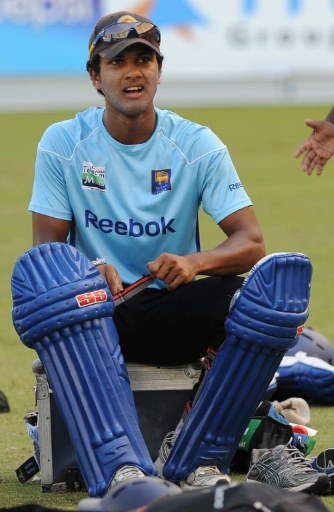 After being blown out inside three days at Centurion, to lose the first Test against South Africa by an innings and 81 runs, Sri Lanka will have little consolation when they hear that Kingsmead in Durban is South Africa’s bounciest pitch.

However, the tourists, who have lost seven of their eight Tests played in South Africa so far, managed their only draw in this country in Durban 11 years ago in the Boxing Day Test match. They can also gain inspiration from India, who played the Boxing Day Test here last year and beat the Proteas by 87 runs.

Sri Lanka’s last visit to Durban was during the 2003 World Cup, where they tied their Group B game against South Africa, knocking the hosts out of the competition.

While South Africa have indicated retaining the same side that played in Centurion, Sri Lanka were contemplating a change or two, although nothing has been finalised.

The tourists will conduct their first training session at Kingsmead today, having arrived here on Tuesday. The Sri Lankans spent the last two days working on their physical fitness, which included a run on the sandy beaches of Durban.

Wicketkeeper-batsman Dinesh Chandimal is set to make his debut in the second Test becoming the 122nd player to represent the country in Test cricket.

Chandimal, who turned 22 last month, is the reserve wicketkeeper in the squad and will add depth to the batting department. He has already played 17 ODIs and scored two hundreds, including a famous century at Lord’s earlier this year.

Fast bowler Dhammika Prasad, who joined the squad early this week, comes into the equation for a place in the final XI. But which seamer the tourists will leave out, is the question.

Despite picking up just one wicket at Centurion, Dilhara Fernando impressed many with his pace and control and was unlucky as well to have a couple of catches dropped off his bowling

Chanaka Welegedara, meanwhile, has done reasonably well in recent months and creates a different angle with his left-arm swing bowling. Thisara Perera too troubled the batsmen, although he wasn’t able to generate much pace, which Prasad is capable of.

Prasad, however, has been unreliable, as he broke down after bowling just four overs in his last Test match in Sharjah, raising questions about his ability to play back-to-back Test matches. Sri Lanka will probably retain the same three seamers who played in Centurion.

Durban is one of South Africa’s premier cricket venues and has hosted Test cricket since 1923 and was the location for the timeless Test in 1839 between South Africa and Wally Hammond’s England, which ended in a draw after ten days, as England had to catch a ship back home.

This is also Sri Lanka’s last chance to win a Test match this year. In 2011, the national cricket team has played 10 Test matches – a significantly high number given the fewer games they had played the last few years – but have failed to win a Test Match.