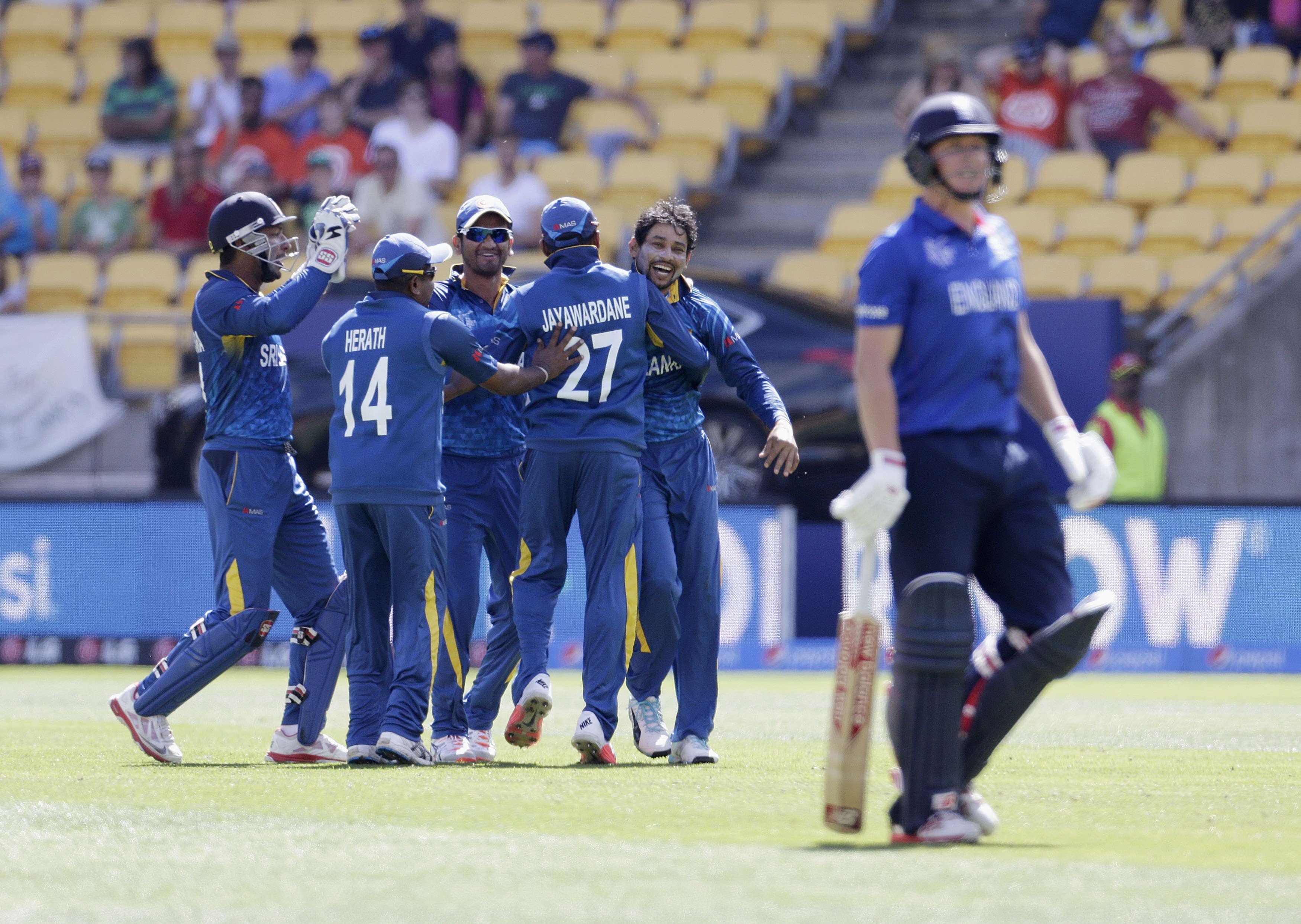 Sri Lanka's Tillakaratne Dilshan is now the number-one ranked all-rounder in the world, following his 229 runs with the bat and three wickets with the ball to date at the ICC Cricket World Cup in Australia and New Zealand. His form has helped him gain three places in the latest rankings for all-rounders and he now leads Bangladesh's second-ranked Shakib Al Hasan by 10 ratings points.

Dilshan's team-mate Kumar Sangakkara is the leading run-getter to date at the World Cup with 268 runs, and this is reflected in the latest rankings for ODI batsmen. The left-hander has moved up two places to join South Africa's Hashim Amla in second place.

The batting table is headed by South Africa captain AB de Villiers, who leads second-ranked Sangakkara and Amla by 49 ratings points. De Villiers with 217 runs is sixth in the list of leading run-getters in the World Cup tournament to date and is just two ratings points short of becoming only the 11th batsman to break the 900-point barrier since the introduction of the current ODI player rankings system.

West Indies' Chris Gayle with 258 runs is second on the list of top run-scorers for which he has been rewarded with a leap of five places, which has put him in 52nd place along with Afghanistan's Samiullah Shenwari (up by 12 places).

New Zealand captain Brendon McCullum and South Africa's David Miller are the biggest movers in the latest rankings, which were released on Monday.

McCullum has jumped 10 places to 18th following his 207 runs in four matches to date, while Miller has moved up 14 places to 23rd as his three innings have yielded 180 runs to date.

Ireland's Paul Stirling remains the highest-ranked batsman from the Associate Member sides and is sharing 34th position with Bangladesh duo Shakib Al Hasan and Mushfiqur Rahim. Stirling's team-mate Ed Joyce has gained 12 places and is now in 58th spot, while the UAE's Shaiman Anwar, who is the seventh leading run-getter to date with 208 runs, is in 99th spot after rocketing 93 places.

In the rankings for ODI Bowlers, New Zealand's fast bowling pair of Tim Southee and Trent Boult have made significant gains.

Southee is the leading bowler of the World Cup to date with 13 wickets, which has helped him jump 10 places to 12th, while Boult's 10 wickets to date has put him in a career-high 24th place after a rise of 23 places. Spin wizard Daniel Vettori has summed up an excellent first couple of weeks for New Zealand by grabbing eight wickets, which has earned him five places and ninth spot in the latest rankings.

India's Mohammad Shami and Ravichandaran Ashwin have also made upward movements. Shami has gained 14 places and is now in 11th position while Ashwin's eight wickets to date have helped him climb six places to 16th.

Ireland's left-arm spinner George Dockrell is the highest-ranked bowler amongst the Associate Member countries. The 22-year-old's four wickets in two matches have given him a rise of eight places that has put him in 28th position.

Following New Zealand's four wins in as many matches and England's three defeats in four matches, the two sides have swapped places on the ODI team rankings. New Zealand is now fifth, just one ratings point behind Sri Lanka, while England is now sixth, eight rating points ahead of Pakistan.

Ireland, thanks to its victory over the West Indies, has leapfrogged Afghanistan and now leads the Asian side by two ratings points.

For updated rankings and the full rankings tables click here.