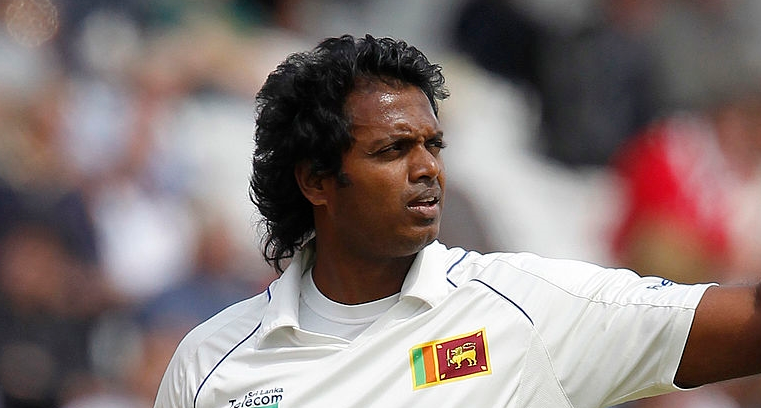 Dilhara Fernando was selected for the three-day tour match against Australia. © AFP

Owing to an extensive fast bowler's injury list, the Sri Lankan selectors may be required to pick veteran paceman Dilhara Fernando for the upcoming challenge against Australia. The 37-year-old appears to be back in contention after being selected for the tour match against Australia.

Fernando has largely been overlooked with regard to international selection since 2012, and although he took part in the T20 series against India earlier this year, his last Test match was against Pakistan in July of 2012.

Fernando has suffered from chronic no-ball issues in the past, with his inability control where his front foot lands, but he is capable of devastating spells when on song, as he can generate decent pace and bounce due to his physique and height — he was initially drawn to the sport of basketball.

Fernando possesses one of the most deceptive slower balls in international cricket, with the unorthodox use of a split-finger grip. He represents Sinhalese Sports Club and has a total of 315 first-class wickets at an average of 30.28.

Fernando last played a Test against Australia in 2007, during the occasion that Kumar Sangakkara scored a famous 192. Fernando certainly did not disgrace himself, claiming the key and prized wickets of Matthew Hayden and Michael Hussey.

Fernando also played in the third and final ODI of the three-match series against Australia in 2011, where he caught and bowled wicket-keeper Brad Haddin and also claimed the wicket of allrounder Shane Watson. Earlier that week, during the sole T20I of the tour, he took one of the all-time great running catches to snare the scalp of Michael Clarke at the WACA ground in Perth.

In the ongoing three-day tour match between Sri Lanka Board XI and Australia, Fernando did not take a wicket and conceded 56 runs from his 17 overs on a seamer-friendly track, by stumps on day two.

Nonetheless, his experience and guile could prove vital for the injury-hit hosts, in a series where the younger paceman are unlikely to know a great deal about their Australian opposition. In this regard, he may just play a vital role as the foil to wily slow bowler and leader of Sri Lanka's attack, Rangana Herath.