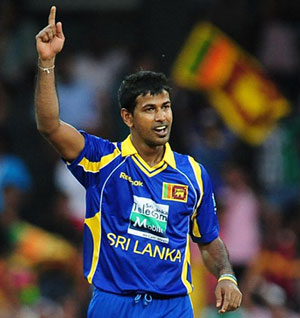 It is seen as a compromise to appease the Tamil Nadu government, who are not in favour of Sri Lankan sportsmen playing in the state, following the current political unrest.

Paceman Kulasekara is a vital cog in the CSK wheel, while Dananjaya is an off spinner who was picked during this year’s auction. But the CSK bosses are ready to ‘sacrifice’ both the players for the full season, so that the IPL matches stay in Chennai.

Their first home match is against Mumbai Indians on April 6 and preparations have already began.

"It will be a logistical nightmare if the matches go out of Chennai at this stage," an IPL insider said.

"Sangakkara is the captain of Sunrisers Hyderabad, while Malinga is the key bowler for Mumbai Indians. It’s not fair for the IPL commission to ask the teams to drop such players for crucial games in Chennai," the source added.

Meanwhile, BCCI president N Srinivasan hoped that the issue will be sorted out ahead of the tournament.

"These are operational matters. I don’t want to get into this issue. The event management company handling the event IMG and the IPL will look at it and decide," Srinivasan said.

"The government of Tamil Nadu is capable of handling the law and order situation. I feel these issues will get sorted out."

It’s understood that the BCCI president is likely to have a meeting with state government representatives soon over the issue.