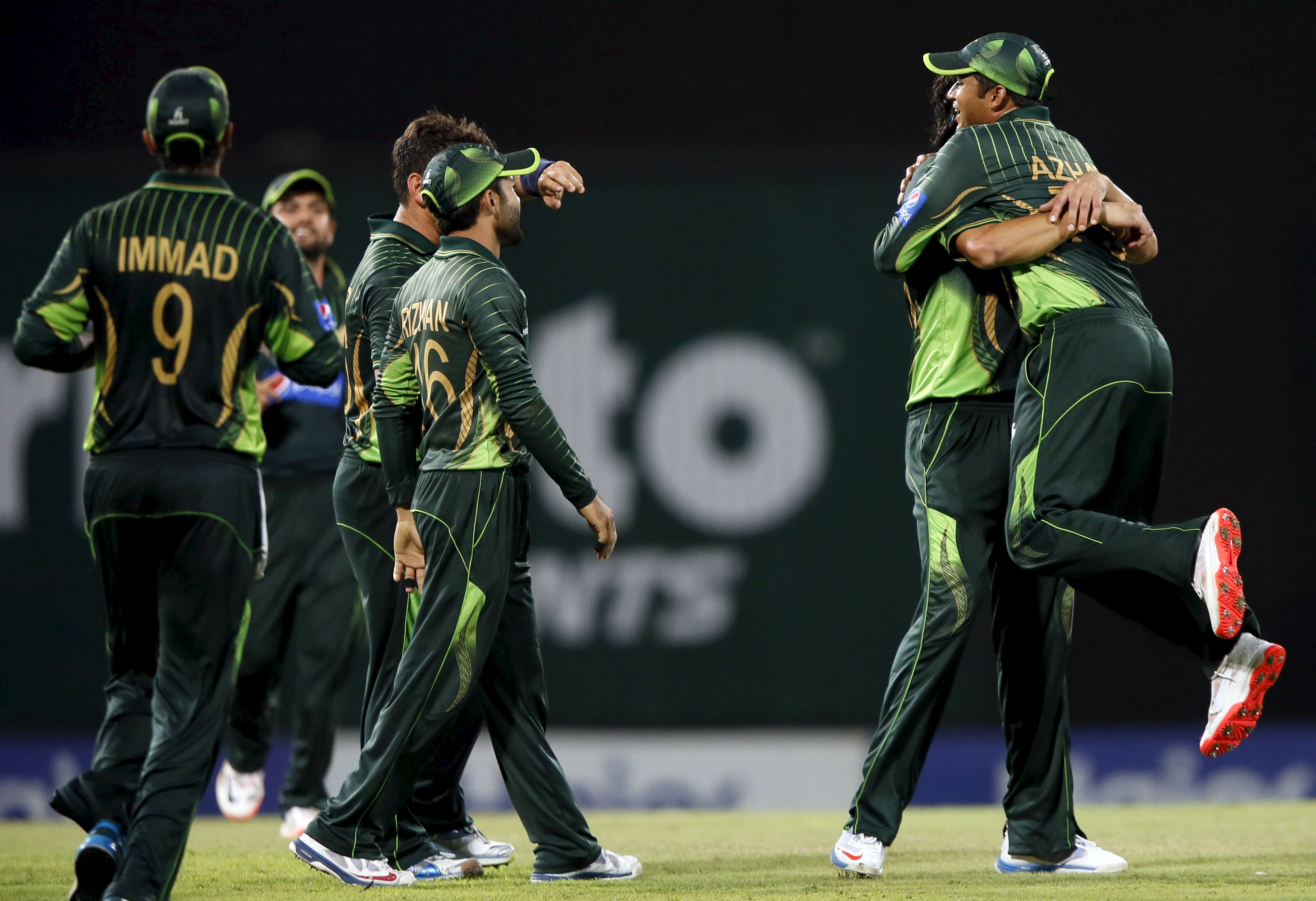 Pakistan went 2-1 up in the five-match series with a dominant performance. © Reuters

Sarfraz Ahmed celebrated his promotion with a breezy 77 and leg-spinner Yasir Shah claimed a career-best 4-29 to help Pakistan crush Sri Lanka by 135 runs in the second ODI and go 2-1 up in the five-match series.

Sarfraz and Mohammad Hafeez (54) struck fifties in Pakistan's consistent top order performance that powered the tourists to a strong 316-4 at the R Premadasa Stadium.

Sri Lanka needed significant partnerships to chase down the stiff total but barring Lahiru Thirimanne (56), none of the frontline batsmen could offer any resistance.

Armed Police commandos were called in to bring the situation under control. © Reuters

Further embarrassment awaited the hosts in the form of crowd trouble, which held play for nearly half an hour, forcing the players off the ground.

The trouble started in the stands before a rock was thrown into the playing area, prompting match officials to stop play.

Shah, who had tormented Sri Lanka in the preceding test series, mowed down their middle order as the home team folded for 181 in the 42nd over.

Earlier, after winning the toss and opting to bat, skipper Azhar Ali (49) added 93 runs with Ahmed Shehzad (44) to give Pakistan a flying start.

Both the openers fell short of their individual fifties but the subsequent batsmen ensured Pakistan did not suffer.

Banned from bowling for his illegal action, Hafeez proved he was good enough to play purely as a batsman, notching up his 26th ODI 50.

His partner in the 72-run third wicket stand Sarfraz celebrated his promotion to number four with an entertaining 74-ball knock that included seven boundaries and earned him the man-of-the-match award.

Lasith Malinga conceded 21 runs in the final over of the innings to finish with a figure of 1-80, a true indication of Sri Lanka's bowling struggles on a flat pitch.

Both teams return to the same venue for the fourth one-dayer on Wednesday.