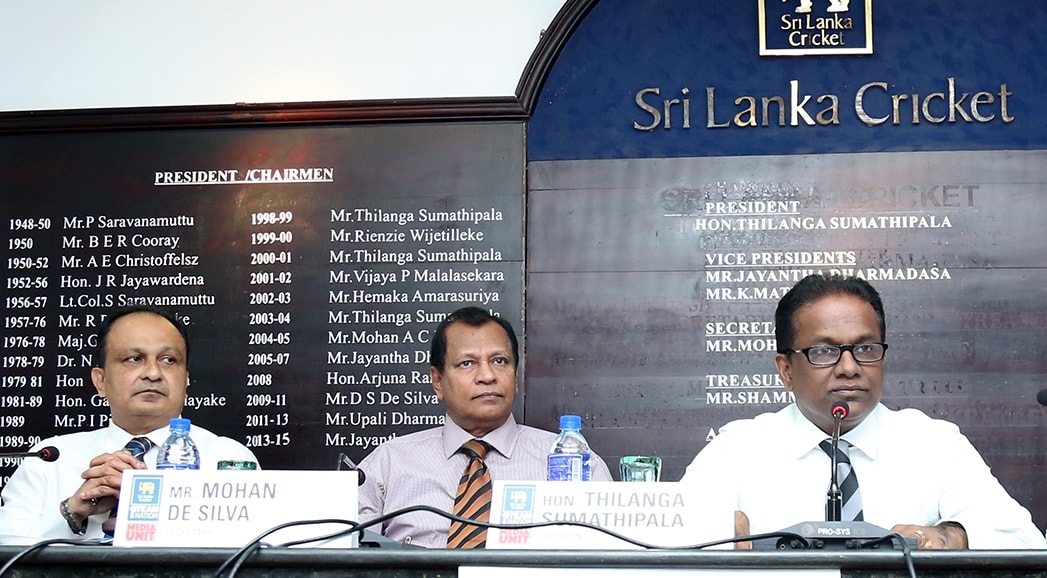 Sri Lanka's Court of Appeal on Wednesday suspended elections for the crisis-ridden cricket board, whose president Thilanga Sumathipala is being challenged for the top job.

The Court of Appeal suspended for two weeks a vote due to be held Thursday pending the hearing of a petition by Nishantha Ranatunga, who argued that Sumathipala is unsuitable for re-election.

"The court issued a stay order on the elections till June 14," a court official said.

Sumathipala is pitted against Ranatunga, a younger brother of Sri Lanka's 1996 World Cup-winning captain Arjuna Ranatunga, in the election.

Sumathipala acknowledges that his family is involved in gambling, but says he has nothing to do with the business and has not violated the ICC code of conduct.

The latest court intervention in the cricket board came as four Sri Lankans were implicated in an alleged match-fixing scandal exposed in an Al Jazeera documentary broadcast on Sunday.

Arjuna Ranatunga told reporters that cricket corruption in Sri Lanka was far more serious than alleged in the report and blamed the ICC for not acting swiftly.

Sri Lankan police as well as the ICC have begun investigations into the allegations.