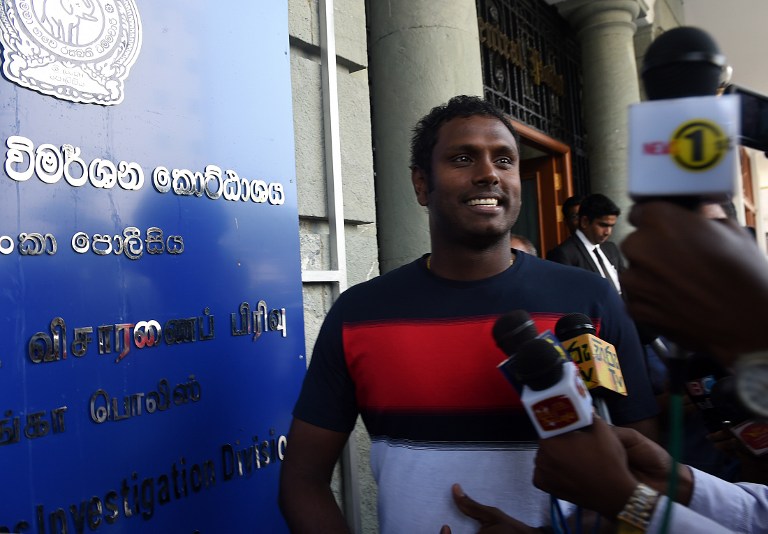 Sri Lankan cricketers have not reported to authorities after attempts were made to them to under-perform in exchange for money until confronted by investigators, according to a report on The Island newspaper.

"After [Perera] turned down the offer, the man approached Herath who also rejected the offer and alerted the authorities," Jayasekara said at the time.

Both the sports minister and Sri Lanka captain Angelo Mathews have maintained that none of the players are guilty and the players who were approached had reported the incidents to the authorities, as stipulated by the International Cricket Council's Anti-Corruption Unit.

However, a report on the The Island claims "none of the national players had reported the attempt to bribe them and waited till ICC and SLC investigators intervened."

Cricketers are required to report to authorities when approached to fix matches, and timely reporting of an approach is often publicly lauded by authorities.

Meanwhile, the island's cricket board announced that it had suspended the services of a fast-bowling coach and banned a net-bowler over the incident.

"Pursuant to a preliminary inquiry conducted in this regard [SLC] has decided to suspend Mr. Anusha Samaranayake for a period of 2 months until further investigations are concluded.

"Gayan [Vishwajith] has been totally barred in participating in any capacity whatsoever in [SLC] in the future."

The Sri Lankan police's Financial Crimes Investigation Division are investigating the approach made to players and have recorded statements from Mathews, Perera and Herath.