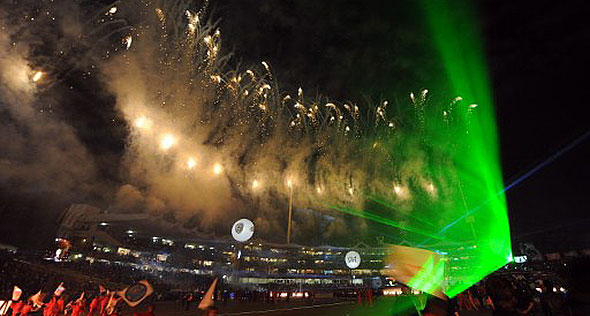 This tournament is unlikely to be anything like the IPL
By Gavin Van Hoff | June 19, 2011

Don’t expect the glitz and the glamour of the IPL in Sri Lanka’s version. AFP PHOTO/Saeed KHAN.

The poorly thought out Sri Lanka Premier League (SLPL) was handed over to the previously unheard of Singapore-based Somerset Entertainment Ventures – a company that has no apparent prior record of planning or managing any event. That decision has caused the inaugural tournament to hit yet another snag, with India now unlikely to send any players for the league.

The financially struggling Sri Lanka Cricket (SLC) had hoped to replicate the successes of the money-making Indian Premier League (IPL). But with 30 days to go before the start of the tournament, the media is in the dark, an official website has not been created, and the squads have not yet been announced.

Rather worryingly, Somerset Entertainment Ventures does not even possess a website.

At a meeting on Saturday by of the Board of Control for Cricket in India’s tours, programme and fixtures committee, it was decided that “no Indian will play in the [SLPL] competition,” India’s Deccan Herald reported yesterday.

Along with scheduling conflicts, SLC’s decision to handover the handling of player contracts to Somerset Entertainment Ventures will prevent Indians from playing in the SLPL.

“What has also not gone down too well with the BCCI, it is learnt, is that the contracts for the SLPL aren’t being handed down by Sri Lanka Cricket but by the event managing company, which could make the resolution of any potential dispute extremely contentious,” the report said.

Last week, a press conference at Lord’s to announce the launch of the SLPL was cancelled on short notice, after a row between the MCC and ECB erupted over an unrelated incident.

And the news that India may not send its players for the SLPL couldn’t come at worse time for SLC, who are in a financial crisis, and had hoped the T20 tournament would be as lucrative as the IPL.

Interestingly, however, just last month, sports minister Mahindananda Aluthgamage claimed that SLC was not in any financial difficulties. “There is no financial crisis,” he told parliament in May.

But speaking to the BBC, earlier this month, SLC treasurer Sujeewa Rajapakse admitted that the governing body of cricket on the island was indeed seeking a bailout from the government.

“There have been allegations that the widespread corruption by the senior officials involved in the construction of venues and the World Cup has been another major reason for the crisis,” the BBC said in the same report.

A week after the treasurer’s admission, the sports minister informed reporters in Colombo that there was a crisis at hand.

“Sri Lanka Cricket ran out of funds after hosting the World Cup and sought government help to settle some payments,” he admitted, backtracking from his earlier remarks.

During a recent cabinet meeting, ministers had not looked favourably upon the request for a bailout, according to a report on Sri Lanka’s Daily Mirror newspaper.

“They refused to even discuss the memo saying there were other priorities for the government to attend [to] than using public funds to give adrenaline to the corrupt and inefficient SLC,” the paper quoted an unnamed source, as saying.

In a rare first, the Committee on Public Enterprises (COPE) has said that it will now summon SLC officials to investigate the allegations.

COPE chairman, minister of human resources, D.E.W. Gunasekara recently revealed to the state news agency Lankapuvath that SLC accounts had not been audited for five years.

Since COPE announced its intentions to investigate SLC, and with the recent allegations in the media of corruption and fraud, hard drives with crucial financial data pertaining to the World Cup have been stolen from SLC offices.

"It has to be an inside job. A robot didn’t come and steal the hard disks," Aluthgamage told reporters on Tuesday.

“Sri Lanka Cricket had backed up the data and we don’t need to worry about losing the information,” he added.

But you can’t blame the public for not taking the minister’s word, or for questioning if the backed up data isn’t an outright fraud; since his appointment, the minister has done little to prove his credibility. 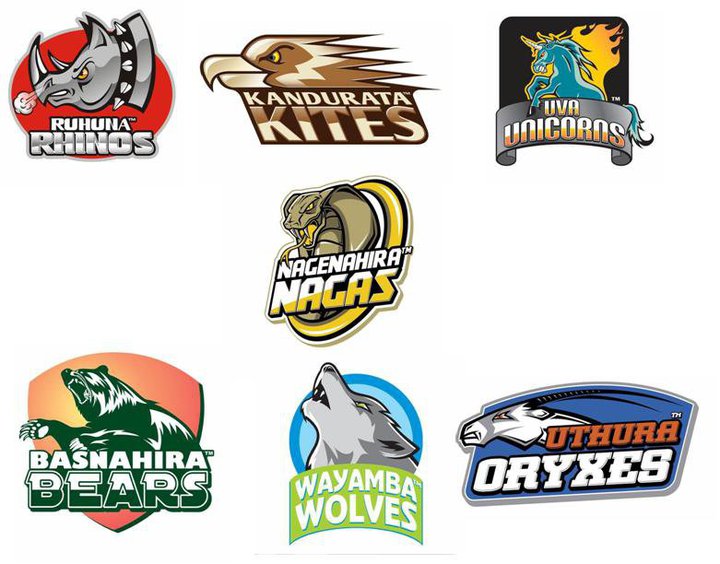 Furthermore, after seeking an exorbitant US $2.75 million (Rs. 290 million) for TV rights for the SLPL, and the state broadcaster Rupavahini being unable to afford the sum, the contract for local TV rights was handed to a Carlton Sports Network (CSN).

The Sri Lankan paper Daily Mirror has revealed that SLC secretary Ranatunga “is the CEO of the CSN Channel”.

It is unlikely that the SLPL will resemble the IPL, and it is highly doubtful that the tournament will generate any income to benefit Sri Lankan cricket. The five-year contract awarded to Somerset Entertainment Ventures has effectively placed the entire tournament, much of the profits included, in the hands of a little known organisation.

No record of SLC advertising the call for tenders, prior to handing the tender to Somerset Entertainment Ventures, has been found to date.

Meanwhile, SLPL tournament logos and team logos have been circulated on social networks by cricket fans. But neither SLC nor Somerset Entertainment Ventures has officially released graphics related to the event.

The incompetence of SLC’s IT department, which handles their currently very amateur web presence and social media activities, becomes further apparent when numerous Twitter accounts and Facebook pages are currently making the claim that they officially represent the SLPL tournament.