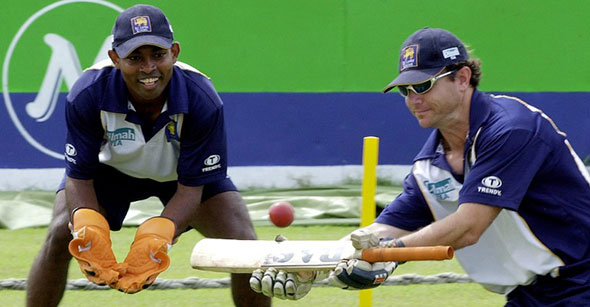 Shane Duff, who was Sri Lanka’s strength and conditioning coach from 2003 to 2005, confirmed that he was amongst the applicants for the position of head coach of the Sri Lankan side.

Duff said that returning to the island again, this time to replace Graham Ford at the end of his contract in January, "would be a dream come true" for him.

The Australian was head coach of the Nagenahira Nagas in the SLPL, and has also coached Sydney Thunder in the Big Bash League.

"I feel that my style of coaching would be ideal for the current nature of the Sri Lankan team," Duff told Island Cricket. "I have the cricket and academic qualifications, excellent relationships with players and the necessary experiences to ensure that the team and individual players reach their potential over the next 4-5 years.

"It has been a goal of mine, since coming home from Sri Lanka in 2005, to one day coach the national team — it would be a dream come true."

The 41-year-old has completed Cricket Australia’s high performance (level 3) coaching course, and holds a bachelor’s degree in human movement, as well as a master’s degree in education.

Sri Lanka Cricket announced last week that it had received 11 applications for the post, which included eight overseas applicants.

Sri Lanka’s current head coach Graham Ford stated last month that he would not be seeking an extension to his contract.