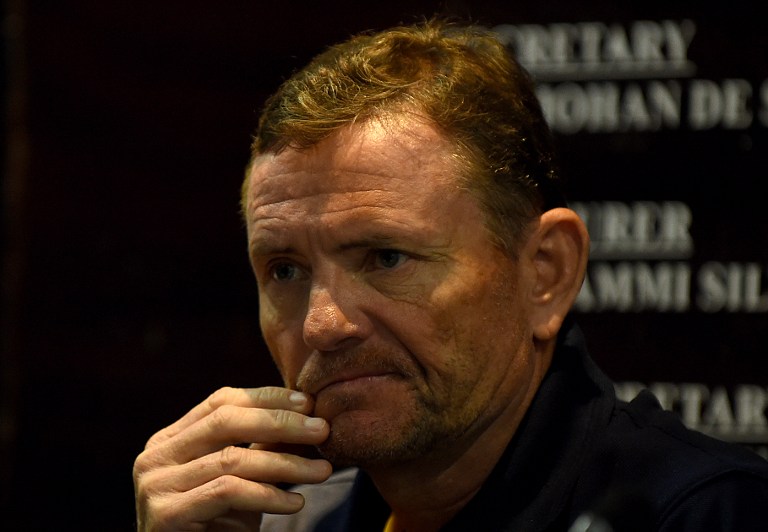 After his successful stint as coach from 2012-2014, Sri Lanka rehired Graham Ford in January to help them defend their World T20 title. © AFP PHOTO

Sri Lanka coach Graham Ford told reporters ahead of the team's departure on Wednesday for a two-month-long tour of England that he understood the challenges facing the tourists but was confident that they could "work together and really create pressure".

"It can be a huge mental challenge for them," Ford said, referring to the seamer-friendly conditions in England at this time of year. "But I am quietly confident that they will be able to work together and really create pressure in English conditions."

"It's going to be extremely important they work together as a unit and support each other. If we can get that right, we can cause some problems for English batsmen."

Sri Lanka are without senior stalwarts Mahela Jayawardene and Kumar Sangakkara, and the duo's retirements has left a void that the Sri Lankans have struggled to fill over the past several months. Poor performances in recent tournaments and bilateral series has seen the islanders tumble in the rankings.

The first Test of the three-match series between Sri Lanka and England gets underway on May 19 in Leeds.