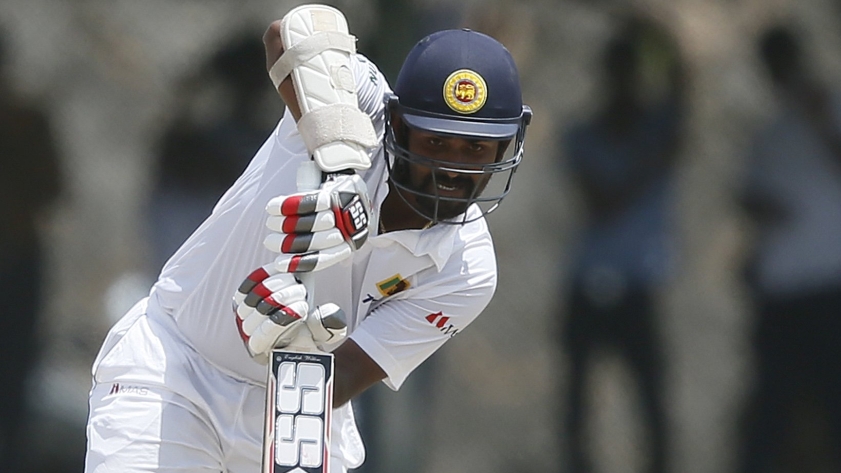 Lahiru Thirimanne has had a poor run in the five-day format. © Reuters

Ahead of Sri Lanka’s Test series against the West Indies, Sri Lanka’s chief selector Kapila Wijegunawardene has stated his confidence in the out of form Test vice-captain Lahiru Thirmanne, and said he is confident the 26-year-old will be able to fill the void left by the retirement of the legendary Kumar Sangakkara.

"We are convinced that Thirimanne's got the talent," Wijegunawardene told The Nation in a recent interview. "In fairness to him, he's hit a rough patch which can happen to any player.

"Being the talented player he is, I am sure he can work his way out of the rough he is facing. Now that Kumar is no longer in the equation, those are the things that we are working on."

In 12 Test innings during this home season, in which Sri Lanka lost 2-1 to both Pakistan and India, Thirimanne has scored 232 runs with only one half-century, yet he has shown the potential for a steady head.

His sole half-century came in Sri Lanka’s first innings during the second Test against India in Colombo, while his 44 in the previous Test in Galle was crucial to Sri Lanka’s position in the match. Sri Lanka were facing the prospect of an innings loss, still trailing by 97 runs with the score at 5/95, when Thirimanne came to the crease. He partnered Dinesh Chandimal in a 125-run stand to swing the momentum in Sri Lanka’s favour in a 62-run win.

Sri Lanka have tried out three batsmen in the number-three slot vacated by Sangakkara — Dimuth Karunaratne, Upul Tharanga and Thirmanne — and all have failed to make an impression.

Chandimal to move up the order

Wijegunawardene reiterated his confidence in several younger players during the interview, including Test newcomer Kusal Perera, his understudy Niroshan Dickwella and Sri Lanka’s previous wicketkeeper Chandimal, who was relieved of duties with the gloves to focus on being a specialist batsman.

Wijegunawardana stated he wanted Chandimal to bat higher up the order.

"Given Chandimal's talent, we would like him to bat higher up in the order," he said. "That is the role we have identified for him. We know that he has got the talent to do it."

The first Test of the three-match series against West Indies begins on October 18 at Galle.