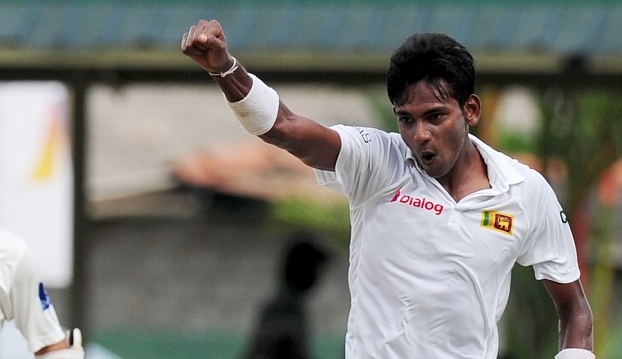 Pakistan's pace spearhead Wahab Riaz will miss the remainder of the three-Test series against Sri Lanka with a hand injury, the country's cricket board said on Friday.

Riaz, who will turn 30 on Sunday, was hit on his left glove by a Dushmantha Chameera bouncer while batting on Thursday and still sent down nine overs, often grimacing in pain.

The injury rules Wahab, whose fiery spell against Australian Shane Watson was one of the highlights of this year's World Cup, for upto three weeks, the Pakistan Cricket Board said in a statement.

"An X-ray was performed at the end of the day's play, which revealed a non-displaced fracture of the base of the fourth MCP bone," physiotherapist Brad Robinson said.

"He was further examined by a senior orthopaedic surgeon who has advised that he will require two to three weeks rest in order to allow healing."

The third Test starts on Friday in Colombo. The injury also makes the left-arm paceman doubtful for the five-match ODI series in Sri Lanka, starting on July 11.