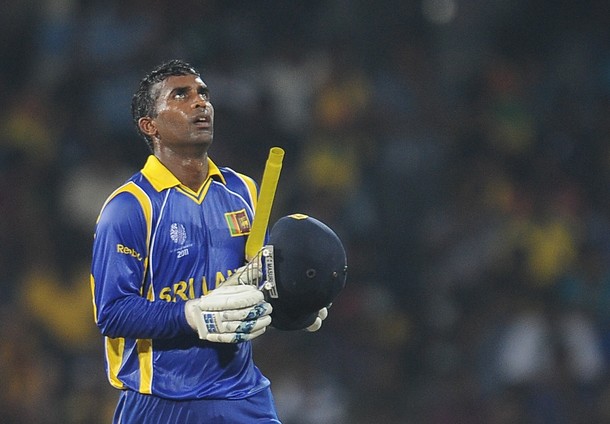 How Sanath Jayasuriya hindered the progress of a talented stroke-maker
By Rex Clementine | March 25, 2012

An injury to Angelo Mathews has given Chamara Silva another chance at the Test level . © AFP/File/Lakruwan WANNIARACHCHI

Tom Moody, who was one of Sri Lanka’s most successful and committed coaches, decided to give domestic cricket a look in order to unearth new talent, following Sri Lanka’s embarrassing 6-1 series defeat to India in 2005. After a couple of brief visits to Maitland Place grounds, he took off to Reid Avenue and saw a small-made batsman, who not only played all the shots, but made them look easy as well.

Moody immediately fired a call to the chairman of selectors and asked him, "why didn’t you tell me about this chap Silva?"

"Which Silva?" came the reply.

Chamara Silva was a victim of stupid politics in 2002 and had never played for Sri Lanka until Moody told the selectors, in no uncertain terms, that he wanted him on the plane the next time Sri Lanka played a cricket contest.

There are those who hold the view that although Silva is prolific in domestic cricket, he couldn’t convert that success on the international stage and that view seemed to be correct when Silva made a pair in his Test debut in Christchurch.

Moody, together with captain Mahela Jayawardene resisted moves to drop Silva and their faith was repaid when Silva smashed a match winning 150 at the Basin Reserve. He remained on the scene for a few more years before going out of favour once again.

This domestic season he has been in terrific form, scoring over 1000 runs for Bloomfield. When there were injuries during the Commonwealth Bank Series in Australia, he should have been the replacement for Angelo Mathews. But, yet again the wrong Chamara was chosen.

Silva’s chance then came when he was picked to play the three-day warm-up game against the visiting England team. Although he generally bats at number four or five, in the warm-up game he batted at number three and came up with a swashbuckling effort against the Ashes winning attack.

There were some powerful shots off the back foot, and against the spinners he used his feet expertly.

He welcomed Graeme Swann into the attack by sweeping his first ball for four. He never allowed Swann to settle down and the off-spinner finished day one without a wicket, having conceded 102 runs in his 21 overs.

The British press heaped praise on Silva and wondered why he was not in Bangladesh. The kindness the selectors have shown to some other players has not been shown to Chamara Silva. After two or three failures, he has been always under the scanner.

What happened to him in 2002 is nothing but a tragedy. Silva was all set to make his Test debut after Sri Lanka had taken a lead in the series against Zimbabwe in a three-match Test series. But the then captain Sanath Jayasuriya objected, as the player whose place Silva was to fill was one of his buddies.

The selectors didn’t budge, as they insisted on pushing forward with their youth policy. Jayasuriya then took up the matter with the then minister of sports Johnston Fernando.

Fernando sacked the entire selection panel and appointed a new one and eventually Jayasuriya’s wish was granted.

It was, without a shadow of doubt, a cruel blow to a promising player!