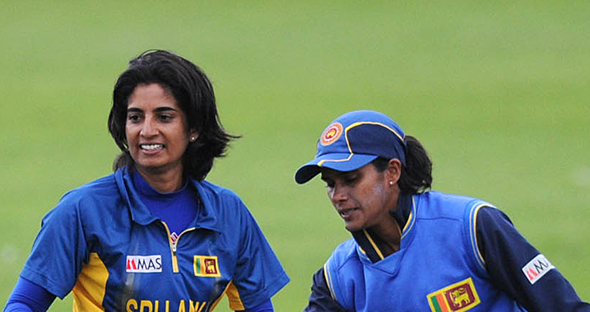 Both players told local media that they were unhappy with being dropped. © ICC/ Ian Jacobs

The sudden and unexpected retirement of two senior players in the Sri Lanka national women’s cricket team recently was not as a result of them being axed from the side, says the chief selector of the women’s selection panel.

Former skipper Chamani Seneviratne and Sandamali Dolawatte, BBC Sinhala has learnt, were deeply disappointed and had announced their retirements only after it was revealed that the pair were going to be omitted from the squad for the team’s tour of India last month.

Chief selector Jayantha Amarasinghe however told BBC Sinhala that the players had chosen to retire prior to the squad being named which, he says, contradicts claims that their axing had any impact on their decision to call time on their careers, or that they had been shown the door by the selectors.

"Had they not retired, we would have considered them for future tours," Amarasinghe said.

He added that although Seneviratne was not considered for T20s, the chances of her being selected for 50-over encounters had been high.

Meanwhile, BBC Sinhala understands that women’s team coach Jeevantha Kulatunga has come under criticism from the local media for allegedly creating disharmony within the team with his desire to purge the women’s side of ageing players.

"I am not aware of such a thing,"Amarasinghe said, dismissing the criticism levelled at Kulatunga.

Saroj Pathirana is a correspondent for BBC Sinhala Service.