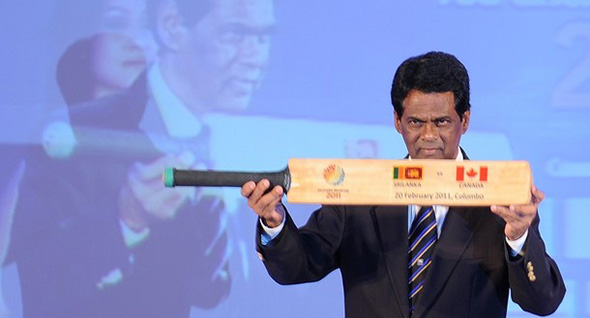 June 11, 2011 (Island Cricket): Tillakaratne Dilshan’s men have more than the English conditions to contend with on their 2011 tour to England. Chairman of the Sri Lanka Cricket (SLC) interim committee Somachandra de Silva has influenced team selection during the recently concluded second Test match at Lord’s, according to a report on a local newspaper.

"The presence of Sri Lanka Cricket chairman DS de Silva in England we come to learn is causing more problems to the team than the ones they have to handle in the middle," the Sri Lankan newspaper The Nation reported today.

"It is learnt that he had influenced the tour selection committee to retain all-rounder Farveez Maharoof for the Lord’s Test when the team had wanted to leave him out following a poor performance at Cardiff (16 & 0 and 1/92)."

There has been criticism in the local media of de Silva’s visit to England amidst a financial crisis at SLC.

Recently, treasurer of SLC Sujeewa Rajapakse admitted that SLC was in a financial crisis and had requested grants from two government bodies, the BBC reported earlier this month.

Furthermore, according to a report on the Daily Mirror in Sri Lanka, cricket’s governing body on the island has been unable to pay staff salaries as a result of the financial crisis. But that has not hampered chairman de Silva’s travel plans.

"Good teams like Australia usually have got strong or good management backing the team up. That’s an area we can improve here," former Sri Lankan coach Trevor Bayliss told AFP in an interview, prior to his departure from the island, in April this year.

Bayliss added that he was "constantly amazed how well the players do, with all the distractions put in front of them".