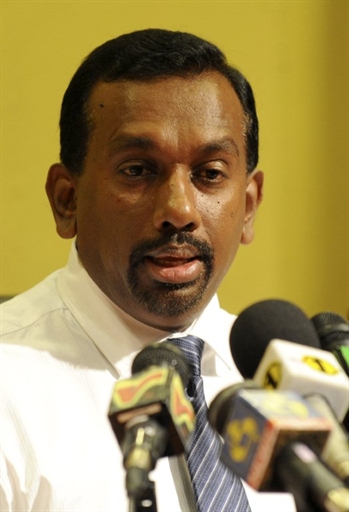 Unable to pay its cricketers for nearly a year, Sri Lanka Cricket (SLC) has turned to a state-owned bank to help settle outstanding salaries amounting to nearly US$5 million (600 million rupees). But critics argue the move has only placed further financial burden on the already struggling cricket board.

The island’s sports ministry confirmed last week that it had successfully negotiated a deal with Bank of Ceylon but failed to explain the terms of the loan. Media manager at SLC Brian Thomas and spokesman for the ministry of sport Harsha Abeykoon both failed to respond to queries when contacted by Island Cricket.

Sports minister Mahindananda Aluthgamage, according to a statement released by the ministry, had “instructed the officials of SLC not to overlook contract payments in the future” and ordered SLC officials to take “full responsibility to ensure that the player payments are made on time in the future.” Aluthgamage had previously announced that the players would be paid in January.  The ministry now says the players’ dues will be settled by February 28.

Despite the minister’s attempt to pin the blame elsewhere, SLC is currently in the midst of a financial crisis after government-appointed administrators – under the supervision of the sports ministry – chose to build two new stadiums for the ICC Cricket World Cup 2011, including one which is named after president Mahinda Rajapaksa in his hometown of Hambantota. The poorly thought-out projects ran SLC into almost $70 million in debt and has left the board destitute. The three World Cup stadiums remain neglected today due to the lack of funds and maintenance has been handed to the military.

Just how future payments will be made to players, clubs and contractors who are still owed since the World Cup last year remains as unclear as how SLC intends on repaying Bank of Ceylon. With the players earning $5000 for each ODI played, the ongoing Commonwealth Bank Tri Series alone will leave the cricket board owing the players in excess of $500,000 after the first week of March.

In addition to the unpaid wages of players in the national squad, the cash crisis has also taken a toll on Sri Lanka’s second-string. The coach of the Baduraliya Cricket Club Ranjan Paranavithana said that nearly 100 contracted cricketers were still awaiting their wages.

“We have to face the situation. The cricket board will need to take tough cost-cutting measures,” Paranavithana said.

“All the contracted players are still to be paid and their contracts will end shortly. Having 100 contracted cricketers is ridiculous as many of them can’t even get selected for their club’s playing XI. This is a waste of money. There should be no more than 35 contracted players.”

Paranavithana added that the clubs too were still owed money and expects them to be paid before the end of February.

“Paying the national players is only five-percent of the problem,” according to Rex Clementine the sports editor of The Island newspaper.

“What they intend to do is to pay the Sri Lankan cricketers but what about the A team, development squad and club cricketers? Umpires too haven’t been paid since the World Cup.

“A ministry official said that they intend to settle the loan borrowed from the bank with funds expected from the ICC. We are in debt of over seven billion rupees. That’s money that could have been put into the development of the sport.”

The Federation of International Cricketers’ Associations (FICA) has always felt that the salary crisis would not be solved without a government bail-out and feared the players would no longer be interested in playing for Sri Lanka if they remain unpaid for much longer.

“There’s a lot of opportunities for cricketers to earn significant amounts of money, in fact more than they can playing for their board, in other countries,” FICA chief executive Tim May said earlier this month.

“They’ve got families, they’ve got mouths to feed, they’ve got mortgages to pay, etc – they’ll look at their opportunities. That would be a tragic situation for Sri Lanka Cricket. They desperately need to do something. They desperately need to find funding so they can pay outstanding debts, not only to cricketers but also hotel chains, air carriers, etc and other creditors, such that they can get their act together and operate properly as a governing body for cricket in that country.”