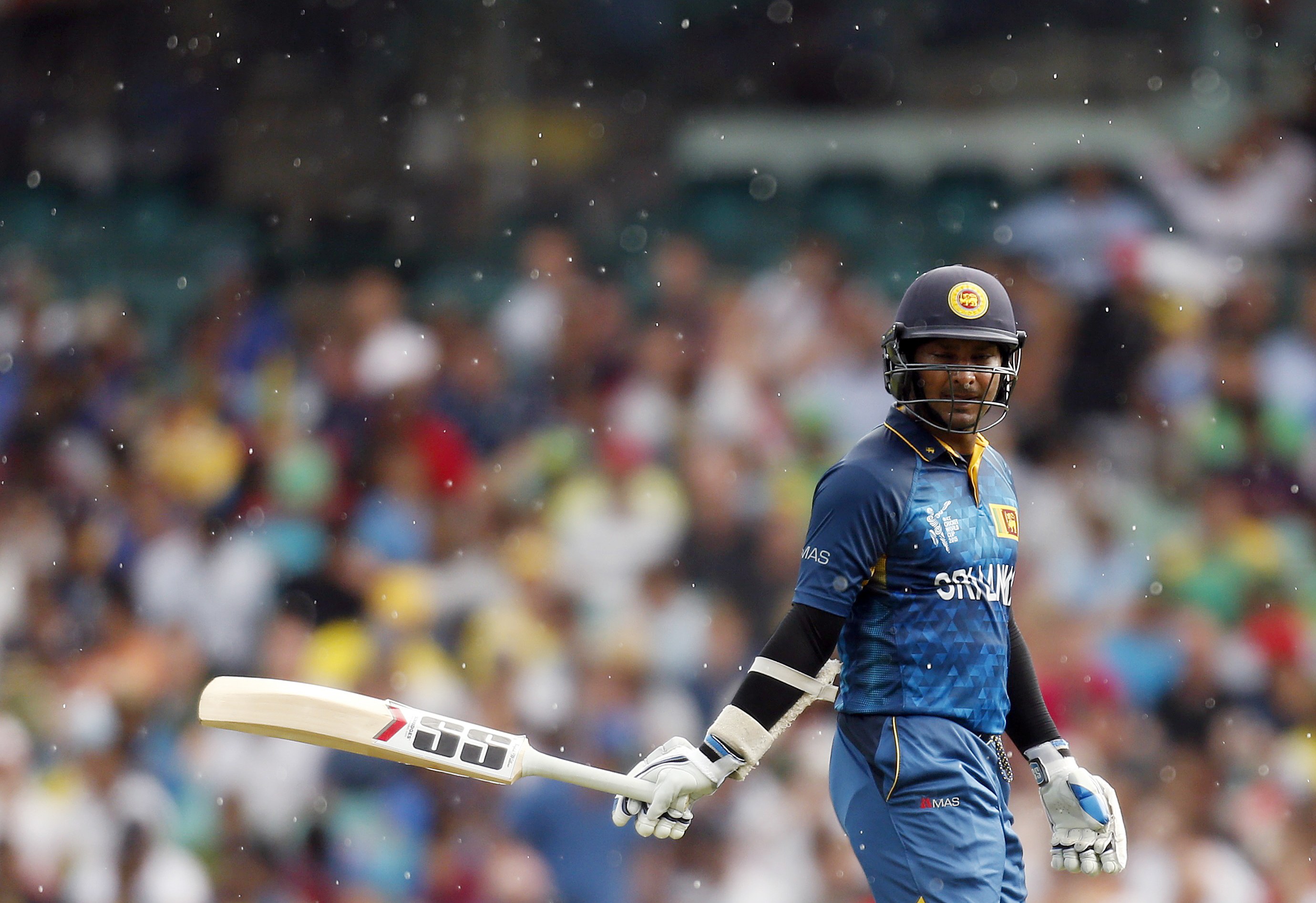 Kumar Sangakkara walks off after his final ODI innings. © Reuters

Kumar Sangakkara bid farewell to limited overs cricket on Wednesday, disappointed with a World Cup quarter-final defeat but happy that Sri Lanka were in a better place than when he came into the side in 2000.

The elegant lefthander scored 45 runs against South Africa to take his tournament tally to 541, including his record four successive centuries, but it never looked like being enough as Sri Lanka were blown away at the Sydney Cricket Ground.

"It's disappointing to lose but to win against a side like South Africa we have to do really well," he told reporters.

"If you take our innings, it was a lot of stop starts, but a lot of wickets falling together … We weren't good enough today.

"Someone has got to lose in a quarter-final. It's a do-or-die situation. Disappointments are a part of our career, and you just take it on the chin and move on."

The 37-year-old, who will continue playing tests, departs having accumulated 14,234 one-day runs — second only to Indian great Sachin Tendulkar — and the greatest number of dismissals by a wicketkeeper.

Although his hopes of playing in a third successive World Cup final and finally winning one have been dashed, Sangakkara thinks the future for Sri Lankan cricket is bright.

"We have a lot of people in the dressing room who would have learned a lot from this World Cup," he added.

"I think the team is in great hands. Angelo Mathews has been such an impressive leader right throughout. We've had a few injuries this tour, but if you look at the players we have, you can't but be positive about the future.

Kumar Sangakkara believes the team is in capable hands, with Angelo Mathews as captain. © AFP PHOTO

Sangakkara's fellow former captain Mahela Jayawardene, also 37, is also calling time on his one-day career after the tournament, bringing an end to a career in which he has scored 12,650 runs in 448 matches.

"He's going to be sorely missed," Sangakkara said. "I'm sure he's going to be thoroughly disappointed today, but also, sometimes there is a bit of relief, as well, when your career ends.

"The high-pressure situations, the warmups, the ice baths, the recovery sessions, all of that, all repeated over 16, 17 years can get a bit much."

Sangakkara was clearly speaking also for himself and, looking down at the tape bound around his battered fingers, said he had no regrets about deciding to walk away.

"Retiring from cricket is not about form. I feel that the time is now and it's right," he said.

"I've tried to give everything I have when I've played the game, the game goes on. You can't hold onto it and people shouldn't be too sentimental.

"I think a lot better players and greater players have gone, and the game has gone on and there are new players who take the mantle, and in my case it won't be any different."