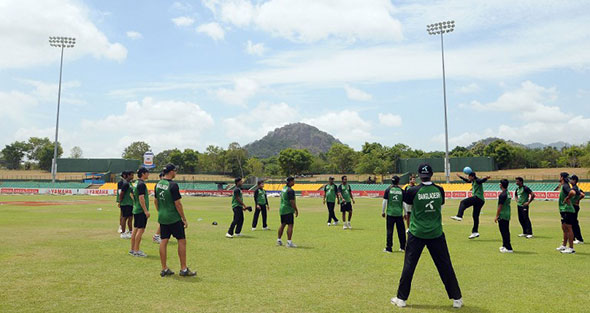 The tour provides youngsters from both sides a chance to make an impression. © AFP

Bangladesh will arrive in Sri Lanka today for their month-long tour of the island to play a two-match Test series, a three-match ODI series and a T20 match.

The first Test takes place in Galle on March 8. The teams will then head to Colombo for the second and final Test, which starts on March 16.

The Test series will be followed by the ODI series, which starts on March 23 in Hambantota. All three ODIs will be day-night fixtures. The first two ODIs will be played in Hambantota, while the third and final ODI and the one-off T20 has been allocated to Pallekele.

The visitors, led by captain Mushfiqur Rahim, have been jolted by the last-minute withdrawal of several players. Naeem Islam, Shahriar Nafees, Shakib Al Hasan and Enamul Haque Jnr. have all been sidelined as a result of injuries, but the experienced Mohammad Ashraful has found his way back to the squad.

"We need someone like him in the side because we have plenty of newcomers like Anamul Haque, Mominul Haque and Marshall Ayub," the Bangladesh skipper told ESPNCricinfo, justifying the reinclusion of the experienced but inconsistent Ashraful.

However, Bangladesh proved in the last Asia Cup that they are more than capable adversaries. They arrive in Sri Lanka on the back of an ODI series victory against West Indies in December.