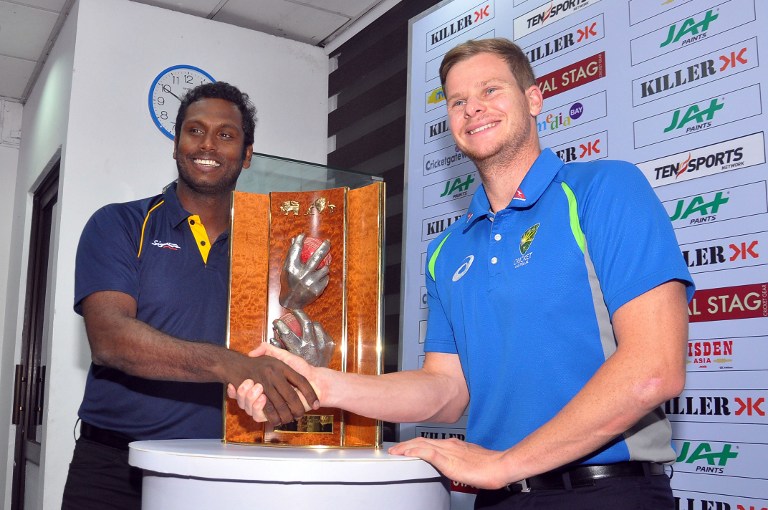 Australia are looking to take advantage of Sri Lanka's losing streak to turn around their own test match failures in Asia. Captain Steven Smith said Wednesday that success was hard to come by for Australia in Asia in recent years but the three-Test series in Sri Lanka starting July 26 offered a chance to change that.

Since winning its last three-match series in Sri Lanka 1-0 five years ago, Australia lost matches in a series against Pakistan in the United Arab Emirates and on a tour of India 2-0 and 4-0 respectively.

Sri Lanka have lost five out of six Test series in the past two years, as they struggle to rebuild after the retirement of key players Kumar Sangakkara and Mahela Jayawardene.

Sri Lanka have also been hit by injuries to fast bowlers Dhammika Prasad, Dushmantha Chameera and Suranga Lakmal — all injured during their last series in England, while Shaminda Eranga was reported for an illegal bowling action during that tour and subsequently suspended by the International Cricket Council.

Sri Lanka captain Angelo Mathews said his team has prepared well for the Australians, despite the setbacks.

Australia have a relatively young side with only four players — David Warner, Usman Khawaja, Nathan Lyon and Shaun Marsh — of its 15-member squad having played a Test match in Sri Lanka.

Former Sri Lanka player Muttiah Muralitharan, who took a record 800 Test wickets, is an Australian consultant for the tour.

"He is obviously got a lot of experience here in Sri Lanka," Smith said of Muralitharan. "He took a truckload of wickets, he is helping our spinners out and it's great to have someone like that on board with us."

The three Test matches will be played in Pallekele, Galle and Colombo.