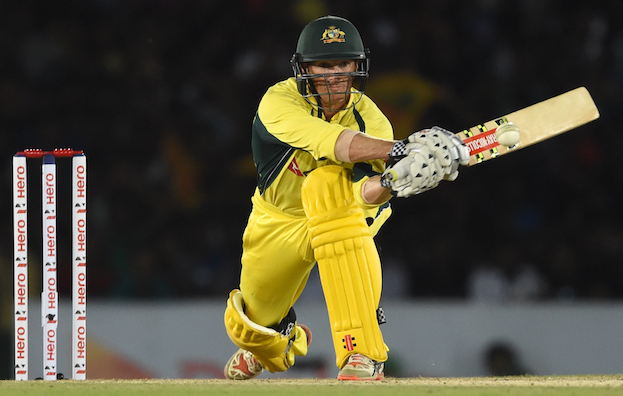 In Tillakaratne Dilshan's final ODI performance for Sri Lanka, Australia edged a close game for a two-wicket win in Dambulla on Sunday.

Australia once more showed an element of vulnerability against Sri Lanka's quality spin bowling, but paced their chase somewhat appropriately as so to minimise risk in the death overs.

After winning the toss and batting, Dinesh Chandimal was again in fine form for the home team scoring 102, and in the process, registering his sixth half-century in seven innings.

Despite Chandimal's century Sri Lanka batted poorly, being bowled out in under 50 overs, but their total of 226 was close to a par score on a good batting wicket, and so it proved in their tricky chase, as Man of the Match George Bailey helped Australia over the line with a measured 70 from 99 balls.

Earlier, Dilshan looked determined to make something special of his last ODI appearance in Sri Lankan colours, making his way to 42 and anchoring the innings in a vital 73-run stand with Chandimal.

After smashing a boundary off Adam Zampa, the retiring veteran then looked to loft a full-toss over the infield, but instead ended up smashing the ball straight to Bailey to depart for the last time.

His dismissal slowed the pace of the Sri Lankan innings, and thereafter they were only able to accumulate small partnerships.

The hosts were in trouble at 178/8, with James Faulkner and John Hastings doing most of the damage, but Dilruwan Perera (17) added a vital 39 runs with Chandimal to lift Sri Lanka to a respectable score.

Aaron Finch and stand-in Australian captain David Warner made certain that it was a respectable rather than insurmountable score by adding a 31-run stand, before the skipper was caught by Dilshan off the bowling of his counterpart Angelo Mathews.

With Finch and Marsh both in the sheds 13 runs later, Sri Lanka were on top at 44/3.

The promising young talent and South Australian skipper Travis Head then scored a crucial 36 from 48 balls, and left wicket-keeper Matthew Wade (42) to take the reigns when he was dismissed by Perera.

When Wade finally fell at 182/5, Australia had wrested the momentum from Sri Lanka, as Bailey, Faulkner and Mitchell Starc batted sensibly to overhaul the required 227 with two wickets and four overs to spare.

Yet again on this tour Australia lost plenty of wickets in their chase, but they batted at a sensible enough pace to ensure they crossed the finish line and took a 2-1 lead in the five-match series.

The fourth match of the series takes place on August 31 at the same venue.