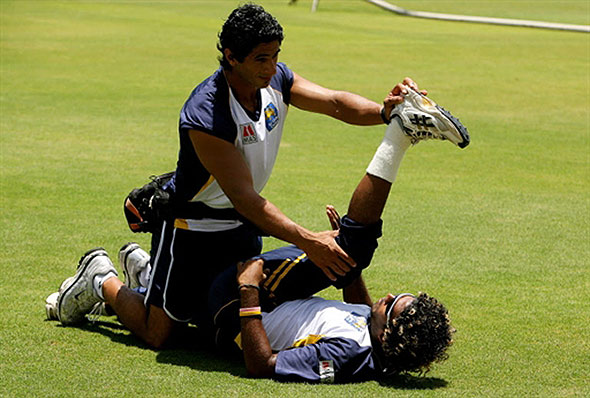 The vice-captain of Sri Lanka’s 1996 World Cup winning side, now Chairman of Selectors, said he found it "difficult to understand the mentality of the modern medical teams," in an interview with The Island newspaper in Sri Lanka last week.

de Silva appeared frustrated that Lasith Malinga was unavailable for selection in Test matches despite being fit and available for other formats of the game.

"I find it difficult to understand the mentality of the modern medical teams as some of these bowlers are told that they can’t play two Tests in a row," he said.

"I don’t know whether I am old school, but if you take the fast bowlers who played in my era, there were niggles here and there, but they didn’t miss games.

"One of the demands of international sportsmen is to play with pain."

In July this year, Malinga was left out of the second Test in the three match series against India after playing in the first Test in Galle. The bowler complained of stiffness in his right knee, but returned to the side shortly after for the third Test to bowl 42 overs in the match. de Silva told reporters at the time that he was rested on the advice of physiotherapist, Tommy Simsek, after Malinga complained that he didn’t feel fit enough to go through another five day Test.

When contacted, Simsek did not respond to Island Cricket’s queries.

Simsek was appointed physiotherapist for Sri Lanka in 2005, and after a stint with the national side that ended in 2008, he was reappointed again in 2009. He is responsible for managing injuries and attending to the medical requirements of the national pool of players.