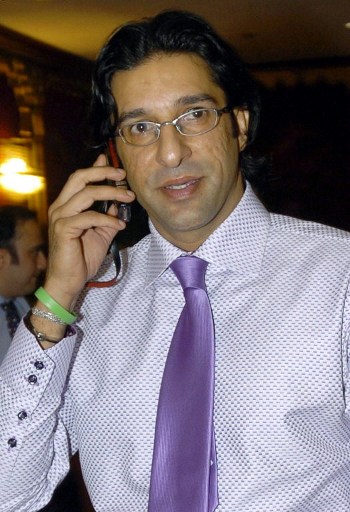 Wasim Akram has said that he was shocked at the state of the pitch for the first semi-final of the ICC World Twenty20 at the R. Premadasa Stadium after Pakistan’s 16-run loss to Sri Lanka on Thursday.

The former Pakistan captain, who is in Sri Lanka as a television commentator covering the event, said that the surface was "not in the spirit of the game".

"I should say that this pitch certainly was not in the spirit of the game," he told Geo News.

"It was an impossible pitch to bat on, and I am surprised they had such a surface for such a big match."

"When Pakistan batted, 60 overs had been bowled on it. This is not acceptable for such a big match," Akram said, and added that the "poor surface robbed the spectators of entertainment."

Sri Lanka Cricket’s national curator Anuruddha Polonowita did not answer his mobile phone despite numerous attempts by Island Cricket to reach him.

Pakistan captain Mohammad Hafeez was disappointed that his side could not chase down Sri Lanka’s total of 139 on a pitch he says was "stopping a bit and turning", but admitted that his side was unable to string together partnerships.

"That’s the reason why the pressure came on to the batsmen. I think the Sri Lankans played great cricket tonight, and they deserved to win the game," Hafeez said.