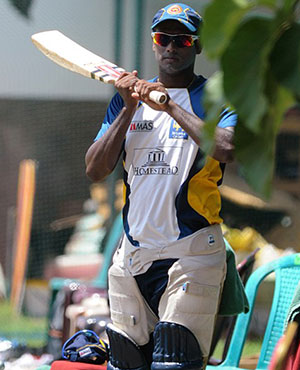 When Mahela Jayawardene announced that he was stepping down as captain of Sri Lanka’s Twenty20 side, after losing the final of the Twenty20 World Cup earlier this month, both the media and the fans seemed to accept it without much of a fuss. Many consider Jayawardene to be the best Sri Lankan captain ever, but at the same time, Sri Lanka needed to move on.

The Twenty20 format is an excellent platform to give upcoming players exposure, and it would suit Sri Lanka well if seniors were omitted altogether. But sidelining Jayawardene, Tillakaratne Dilshan and Kumar Sangakkara could threaten their IPL careers. A move that will surely be met with stiff resistance.

"It’s a good time to bring in a new captain who can ease into the job and quietly take control of the team," former Sri Lankan cricketer Russel Arnold wrote in his column this week, while talking about Jayawardene’s resignation.

"In the T20 format, Sri Lanka can start looking forward to the 2014 World Twenty20 and build a team in that format. The new man can be groomed slowly to learn the pressures of the game and be allowed to grow into the role. At the end of the day, Test cricket is the tougher challenge, so some experience will always help for the future.

"I see no other candidate other than Angelo Mathews for the job."

The vice-captain during the Twenty20 World Cup, Mathews, is expected to take over from Jayawardene, but who will the selectors appoint as Mathews’ deputy?

Dinesh Chandimal will no doubt feature prominently in future Sri Lankan fixtures, however, he — like Ajantha Mendis — has been unable to find a regular place in the Twenty20 side, which would make it tough for the selectors to pick either.

The job could also go to the 29-year-old Lasith Malinga.

And out of the other possible candidates — Lahiru Thirimanne, Thisara Perera and Jeevan Mendis — Perera could be the selectors’ only logical option, as he is fast becoming an important cog in Sri Lanka’s wheel and a regular in the side.

The selectors though must not squander the opportunity of grooming two young players into the leadership role by appointing seniors as vice-captains, which could also potentially undermine the new captain’s development.