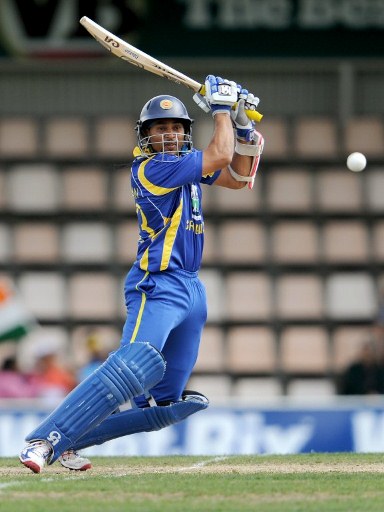 Russel Arnold responds to questions from fans in his weekly column
June 2, 2012

I noticed there aren’t any Tamil-speaking players in the national side (I’m not sure if Angelo Mathews speaks Tamil). I don’t mind if that’s the case because there aren’t any skilled Tamil-speaking players ready for selection, but I would like to know if you know of any Tamil players who are skilled enough to play for Sri Lanka and aren’t being selected? – Anesh Krishan from Canberra, Australia.

I have not researched what languages players speak and I can’t think of anyone off the top of my head that is missing out on being selected based on that criteria. I do know that Tillakaratne Dilshan can speak a bit of Tamil. But I do not know if Mathews can, as I have not heard him speak in Tamil.

Why do you think Ajantha Mendis keeps getting left out of the team? He is not going to improve if he doesn’t play? – Thimal Gajadeera from Dehiwala, Sri Lanka.

From what I have heard, Mendis is still struggling with injuries and he is not fully fit. He also seems to have lost a bit of zip, which hasn’t helped his cause.

Why don’t we use Sachithra Senanayake in Test matches? According to his statistics, he is one of the best in the business in Sri Lankan domestic games. Wouldn’t his inclusion strengthen our bowling line up, and he’s a capable batsman too? – Nimesh Jayasinghe from Colombo, Sri Lanka.

He does have a good domestic record and has been selected to be in the pool for that reason. But we do have spinners ahead of him like Rangana Herath, Suraj Randiv and even the injured Mendis. The selectors do need to give these guys a fair run before moving on. Herath is an automatic choice. Generally, Sri Lanka prefer to play the second spinner only if it’s absolutely necessary. At this stage, that spot usually goes to Randiv. Senanayake is now being given a taste of international cricket by being selected for the shorter formats and if he impresses then he will move on to Tests. To be honest, I am not overly excited with what I have seen of him at this stage, so hopefully he will improve and be ready for when his opportunity does come.

Describe a funny and memorable incident from inside the commentary box you had. – Shehara Perera from Sri Lanka.

My most embarrassing moment was when Sri Lanka played Pakistan in Sharjah in November. Sri Lanka needed just 66 to win off 15 overs, with Kumar Sangakkara and Mahela Jayawardene at the wicket, and on the screen was a Pakistani fan praying. I said on air: “I don’t think the prayers are going to help at this stage”, and Sri Lanka collapsed in unbelievable fashion. You can see a video here of the incident made by a Pakistani fan: http://www.youtube.com/watch?v=6FqdBLGCxEY. I still get plenty of comments from Pakistani fans about it. My remark of course had nothing to do with religion, it was just another way of saying the game was safely in Sri Lanka’s bag, but some fans failed to understand that.

What’s the reason behind the argument you had with Sourav Ganguly during the Champions Trophy final against India in 2002? – Ajmal Moulana from London, UK.

I don’t think we argued at the Champions Trophy final. If I’m not mistaken, it was at the Coca-Cola trophy final the year before. Sourav and I have had a go at each other many times – it was all just cheeky banter though. The beauty of it all was that it never went off the field. We have had plenty to say to each other over the years but we remain friends with a lot of respect for each other. Sourav was always a great competitor and could give back as well as he got. This particular incident flowed on from the game before at the SSC, where Sourav had a go at me after he had me LBW. We were both called in by the match referee after the game. Sourav was pretty animated after dismissing me and he followed me as I was walking away. I was asked by the match referee to explain what was said and I replied that I heard nothing of what was going on behind me. Then he had a go at me in the next match for running on the wicket, I told him: “Stop acting the goat, I can’t be wasting my time attending hearings to bail you out.” Of course, a few other words in between were uttered as well. The camera doesn’t always pick up everything; there have been many little spats out there amongst many players. When we meet, we have a chat and laugh about it.

Do you think Jeevantha Kulatunga will get another chance to play for Sri Lanka? – Ernest De Livera from Noble Park, Australia.

Kulatunga is my batch-mate. Investing in a guy my age is not wise. Although he has proven he is a good player, he has not demonstrated that he has something special to make it at the highest level. At this stage, if I was a selector I would not consider him and I do think the decision-makers will feel the same way too.

What can we expect from Sri Lankan bowlers in the upcoming series against Pakistan? – Hafiz Rashad from Abu Dhabi, United Arab Emirates.

I think Sri Lanka have a decent group of bowlers but no ‘freaks’ or match winners. Therefore, I feel if Sri Lanka bat well then we can expect the bowlers to win games, as they have in the recent past. But without runs, I think they will look ordinary. Whenever we have scored over 250 in an ODI, or have had around 300 to defend in a Test, the likes of Chanaka Welegedera and Herath, along with Malinga in the shorter formats, have taken us home. If Sri Lanka’s bowlers are to be effective in the upcoming series, their batsmen need to pile on the runs.