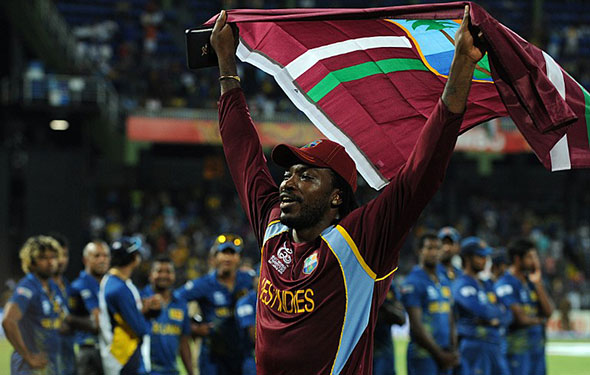 Russel Arnold responds to questions from fans in his weekly column
October 13, 2012

Why did Sri Lanka lose the final of the WT20? Can you pin-point reasons for another final loss? — Aravinda Karunathilaka

Due to a combination of reasons. Initially, Marlon Samuels’ innings was a blinder. His 78 gave West Indies something to bowl at and also gave them some confidence to take on to the field. It also hurt Sri Lanka mentally. West Indies went from 48/2 in the 12th over to 137/6 in a span of eight overs. At the break, I thought Sri Lanka will still get home. Dilshan getting out early put us on the back foot. From then on, West Indies were outstanding in the field and they got more than I expected off the pitch too. The pressure began to rise with the required rate. When Mahela got out, it is true that he had a look at the Duckworth-Lewis calculation because of the fear of rain, but Sri Lanka still required 10 an over, so he had to get a move on anyway (Sri Lanka’s run-rate was only 5 at the time). The rest of our batting was left with too much to do and only managed to perish on a turner.

What do you think about Mahela Jayawardene’s decision to step down as captain of the T20 side? Is it time to now hand Angelo Mathews the reigns in ODIs and T20s? If not Mathews, who would you have as captain? — Vijay P.

I think it’s a sensible decision. It’s a good time to bring in a new captain who can ease into the job and quietly take control of the team. In the T20 format, Sri Lanka can start looking forward to the 2014 World Twenty20 and build a team in that format. The new man can be groomed slowly to learn the pressures of the game and be allowed to grow into the role. At the end of the day, Test cricket is the tougher challenge, so some experience will always help for the future. I see no other candidate other than Angelo Mathews for the job.

Where you happy with the final playing eleven for the WT20 final? In hindsight, what changes would you have made? — Asiri Madushan Dissanayake

No, that’s the team I would have gone with. Bringing in Herath for Akhila was a consideration, but I’m happy with the side that played.

Do you think preparing a dry surface at Premadasa for the WT20 final back-fired on Sri Lanka? — Sandaruwan Ekanayaka

In the end, it did. But that was never the intention — the pitch turned too much. Sri Lanka are generally good on slower pitches, and their strength is the ability to score on those types of surfaces. On turning tracks, every bowler becomes dangerous. With a lot of cricket played on that square, it was always going to be tough to prepare a good pitch, especially when you consider the heat in Colombo and the effect it would have on the surface.

I believe that sending senior middle-order batsmen like Tillakaratne Dilshan and Mahela Jayawardene up the order to open is such a short-sighted move and it is hurting us on the long run. Winning a few ODIs and T20 matches should not be Sri Lanka’s only focus. Sri Lanka should be developing top-order batsmen with the future in mind. Just because it worked for Romesh Kaluwitharana and Sanath Jayasuriya, we should not be hurting the development of a generation of openers by continuing to send senior middle-order players up the order. What is your view on this? — Arthur Rotmensen

In the shorter formats, it’s always better to have your best players bat for longer. Also, it’s easier against the new, harder ball in sub-continent conditions to play yourself in and build for a long innings. The records of the batsmen also show you that. And, with experience, even the players prefer to be in early rather than walk into a situation where you have to adjust to the pace of the game straight away. Here, you dictate terms. This ploy has worked more often than not. Experience in the middle will always help but, at this stage, it is understood that one of the top three or four has to bat through the innings and the others must chip in around them. It is unfortunate that it did not work in the WT20 final, but Sri Lanka have won more often than not utilising this strategy. I would continue to do the same in T20s, but prefer to look for a different option in ODIs.

Tell us a bit about your first commentary experience. Where you nervous? When was it? What do you recall from that occasion? — NK Perera

Very nervous and I still am. Of course, I have got better and I am more confident now. It was Sri Lanka against Bangladesh in 2008, when I first went into the commentary box. There are quite a few things to learn in there; the timings and also you work as a team.  have to go with pictures and other ideas that are thrown in and also remember commercial commitments — TV companies have to mention sponsors etc. It’s an interesting experience, but not cut and dry as you might think. Sometimes, time is so tight that you have to adjust content. We do make many mistakes, but the key is to talk yourself out of it rather than panic. That comes with experience. You also need to learn to adjust, as you work with different commentators and they do have a style of their own. When on air, there are roles such as lead commentator and colour commentator. For example, if I am on air with Tony Grieg, he will always lead and my role would be to add to the picture. In my first stint, it was all about identifying theses different aspects that work and I had to wait for signals to jump in. With time, I have learnt actions and the right moments to come on.