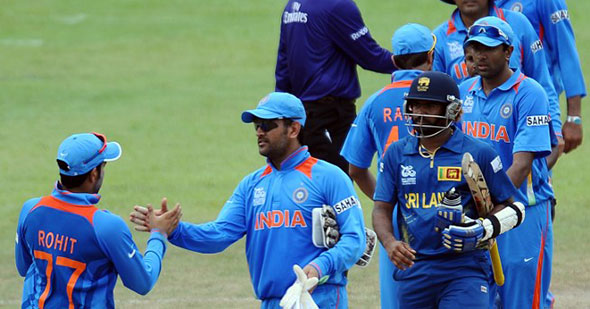 Russel Arnold responds to questions from fans in his weekly column
September 22, 2012

Why do Sri Lanka struggle against India? Against other opposition, Sri Lanka play with killer instincts, playing positively and always undaunted, to take the attack to the opposition. But against India, they play negatively even against their slightly average bowlers. – Krishnamohan Theviyanthan

It’s because the Indian batting line-up is very intimidating. More often than not, you have to score more runs when playing against India than you require against other teams. The Indians play spinners well and this is crucial in controlling the game. Sri Lanka chokes teams by taking the pace off, which does not work all that well against India. Therefore, they find themselves outside their comfort zone.

Why do you think Lasith Malinga struggles against India? – Mahesh Rupasinha

It is perhaps due to the style of the Indian batsmen. They are wristy and are always good off their pads. They have the ability to whip balls with a low bat lift. Malinga is better at hitting the stumps of the right hander, as his natural reverse swing is into the right-handed batsmen and this plays in to the Indian batsmen’s strength. Malinga’s attitude is also to look for wickets and that can leak runs. Against India, I think he should look to work himself in and be a bit more patient.

For the WT20 clash against South Africa, would you play Ajantha Mendis or Akila Dananjaya? Do you think Dananjaya will get a game in this tournament? – Sam Prasad

I believe Mendis’ fitness needs to be assessed. I did see him feeling his side on several occasions. If he’s fit I would go with him, as match practice is what he needs. Akila on the other hand, will have to wait his turn. I can see him playing only if injuries creep in to the squad.

Who was the toughest bowler you faced in school cricket, and did he make it all the way into first-class cricket or the national squad? – Fawaz Mohamed

Royal College, Colombo had a fast bowler named Sampath Elvitigala. He was a lanky lad and bowled off the wrong foot. He was picked for the under-19 training squad along with Chaminda Vaas and me in 1992, but he picked up his bag and walked away, as he could not be bothered doing the hard work and that was the end of that.

Why do you think there was such a low turnout for Sri Lanka’s first match in the WT20 tournament played at Hambantota? – Rupesh De Silva

The grass banks were full. It was the grand-stand that was not too full. I guess you can put it down to the distance of the venue. Also, fans from Colombo would rather come down on the weekend for a major clash than take time off work midweek to watch Zimbabwe.