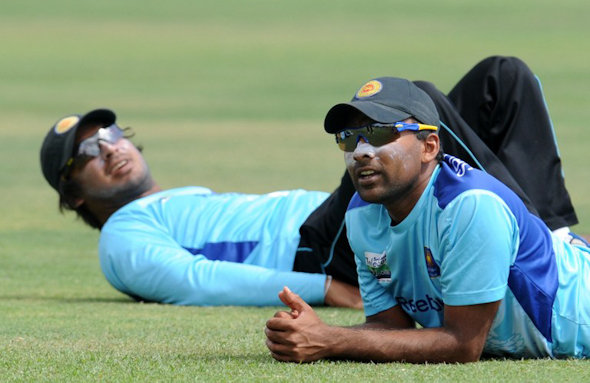 Russel Arnold responds to questions from fans in his weekly column
January 20, 2013

There has been a lot of talk lately that seniors including Mahela Jayawardene, Kumar Sangakkara and Tillakaratne Dilshan should retire from all formats. I completely disagree with that. What is your opinion? — Malith Harshika Gulawita

They would need to give up one format in order to still be able to deliver consistently at their age. They cannot go on playing every game, including private tournaments. Sangakkara should play Tests, and Dilshan and Mahela should focus on the shorter form, but all three have a role to play come the 2015 World Cup.

I feel that most should be rested, but we must play a couple of seniors to help guide the youngsters. I would suggest adding Prasanna Jayawardene and Thilan Samaraweera in the list of ‘seniors’ along with Sangakkara, Jayawardene and Dilshan.

If you were a selector, what would your Test and ODI batting line-up be if you take out Tillakaratne Dilshan, Kumar Sangakkara, Lasith Malinga, Thilan Samaraweera, Nuwan Kulasekara and Mahela Jayawardene, as well as other players who are over 30, from the team? — Sahan Dikmadugodage

Why are we giving plenty of chances to Upul Tharanga, when we can train a youngster in his place for the 2015 World Cup? Do you agree? What are your thoughts on this? — Bhuvith Shetty

Upul has scored lots of vital runs, but has been disappointing in this series so far. I hope he can turn it around. He needs to work harder on his game and his weaknesses. I will stick with him for a little while longer, and hope he ups his game.

Will there be a post-mortem of all events and decisions surrounding our team’s tour of Australia? Nothing worked well during the three Test matches, especially the batting, where they were batting like crazy school cricketers. I read one comment from one of our opening batsmen, saying that a 150-run target for the second innings during the Sydney Test is sufficient to win the match. Comments like this highlights the lack of knowledge of the opponents completely. Why have the Sri Lankan cricket board sent a team that is so unprepared to face Australia? Is it because we do not have enough talent in Sri Lanka or any other reason? — Nihal Ekanayake

Everyone is trying to do their best out there. With packed schedules these days, it’s tough to get more preparation in. The best available team did go out. I really don’t think we need to waste time having a post-mortem. It’s a fresh start after this tour and Sri Lanka need to look ahead.

No, but I think the best way forward is to look to the future with a young captain who will bring in a new energy and attitude.

I’m a young fast bowler, and I would like to know where I can learn how to swing the ball both ways, control the swing, bowl reverse-swing and learn more fast-bowling variations? Also, what is the average speed for a 15-year-old fast bowler? — Dananjaya Perera

Pace alone will not help you. Variations with control, and learning to use those variations at the right time, is the way to go. The basics should be learnt at your home club. You need to use your imagination for variations, and keep working hard to practice the execution to perfect your variations. Speaking to senior bowlers, and picking their brains helps heaps.